The “Iconic Moments Series” in eFootball PES 2020 is an ongoing celebration of memorable moments produced by the finest stars of the beautiful game. Each player in this series has been designed based on a specific highlight or performance of his playing career. Konami picked a particular match for each IM player and included stats for the player according to his performance on that period. When Konami first confirmed the introduction of “Iconic Moments“ players on 5th March, it created a buzz of excitement among all PES players, who relished the chance of signing their favourite club’s legend players. In this article, we are going to review all 4 F.C. Bayern Munich Iconic Moments players (so far) according to their stats and game-play in eFootball PES 2020. You will also get to know how to get the most out of these legend players.

It can be said that the ‘Iconic Moments’ Series is somewhat similar to EA Sports FIFA’s ‘Flashback Moments‘ Series. But Konami added a bit of spice to these cards by giving them a Rating boost (both stats and game-play wise) which becomes activated if a player has his ‘Model Team’ set to the team which the particular IM player belongs to. For Example, O.Kahn IM card receives a rating boost if you set your model team to Bayern Munich.

We have four Bayern Munich Iconic Moments players released in the game so far:

On 13th June 1981, Bayern hosted Bayer Uerdingen on the final matchday of Bundesliga season. After a calm first half, the Bavarians become rampant in the second half, with Rummenigge at the centre of things. He scored 2 goals and put up a MOTM performance. That sealed his place as the highest scorer of the Bundesliga season, with 29 goals in his bag.

First up in our Bayern Munich ‘Iconic Moments’ players line up is the German and Bayern legend Karl-Heinz Rummenigge. He has won almost every possible tournament he played in, except the FIFA World Cup where he was consecutive Runners’ up with West Germany. He was also a multiple Ballon D’ Or winner.

Rummenigge IM is easily one of the best forward cards available in the game right now. He has great Pace, Offensive awareness, Ball holding and Finishing abilities, and can score from impossible angles too, with outside curlers. Rummenigge also has very useful traits like Long-range shooting, First-time shot, Rising shots, Acrobatic finishing which effectively boosts his finishing abilities a lot in-game. He is deservingly treated with a 100 rating when played as a CF(with the Club boost) by PES. If you can control and time his shots well enough, he doesn’t really miss. Rummenigge is a complete package as a forward, you are very lucky if you have him in your team.

Formations to use him: You can use him as CF in any formation, and he delivers. Youcan also use him effectively as a SS in any two striker formation on either side.

Borussia Dortmund were the defending champions of Germany when they played Bayern on 9th November 2002. Captain Kahn had an important impact in the game, making crucial saves which ultimately resulted in Bayern’s 2-1 win over their eternal rivals. Kahn was the Goalkeeper with the highest clean sheets(17) in Bundesliga that season, which obviously had an influence on Bayern winning the title back.

The normal legend card of the German Goalkeeper was already one of the best and fan-favourite Goalkeeper cards in PES. After trying out the O.Kahn Iconic Moments card in both online and offline matches, we can safely say that he has kept his name as the best Defensive Goalkeeper in-game. He can save almost anything aimed at him, including curved shots from long range.

Kahn generally likes to stay back due to his play-style. But, if you are compelled to take him out due to any defensive vulnerability, he can still surprise the opponent. His goalkeeping stats are all set to 99 once you max him out(with the club boost), and that reflects on his gameplay as well. If you have him in your team, he is probably your safest bet against any forward line.

Best Tactics to use him: He performs better under managers with “All-out defence” tactic because that suits his defensive play-style and doesn’t compel him to come out of his area unlike the “Frontline Pressure” tactic.

Real Madrid and Bayern Munich, two European giants met for the first time in the 1976 European Cup semi-final. After the 1-1 draw in Madrid, Bayern Munich defeated the Los Blancos 2-0 in the return leg on 14th April 1976 through Gerd Muller’s first-half brace. Undoubtedly Beckenbauer played an important part in keeping the legendary Madrid front-line of Juanito, Butragueno and Santillana silent throughout the match. He was also involved in the build-ups to both of Muller’s goals. Later, Bayern went on to win their third consecutive European Cup, and Beckenbauer was a fundamental part of their success.

“Der Kaiser” Beckenbauer invented the “sweeper” role in football. He is a CB by his original position in PES 2020, but we found he is more suited for the sweeper (DMF) role according to his gameplay. Beckenbauer has great all-round stats, especially for Passing, Ball Control and Defensive awareness. But due to his relatively less Aggression, he isn’t good enough in the central defence and loses the ball easily to physically stronger forwards.

He is rather suited in front of the defence, as a Defensive Midfielder or in the Right Back role where he can operate as a Defensive fullback. In the DMF position, he can operate as an Orchestrator due to his Build Up playstyle, passing and ball control abilities. The “Longball expert” trait combined with his great lofted passing can be effective for providing long-balls to the forwards directly.

Best Formations/tactics to use him: You can use him as an RB(Don’t forget to use Position Boost) in a 4-3-1-2(Ex: F.Santos) or a 4-3-3(Ex: Y.Grimault). You can also use him as a DMF in any 3 defender (Ex: G.Gasperini) or 4 defender (Ex: Z.Dalic) formation. We found that he performs the best under managers with “All-out Defence” defensive tactic.

2002-03 was practically Elber’s last season in Munich, and he played an important role for the Bavarian giants that season. On 17th May 2003, Bayern faced the 2nd placed VfB Stuttgart team in the penultimate matchday of the Bundesliga season. Elber scored a second-half brace after a slow first half to the seal the win and the league for his team. This performance also helped him in becoming the joint top-scorer of the 2002-03 Bundesliga season with 21 goals.

Elber is probably the least known face in this list, but that doesn’t mean he was any less important for Bayern’s success during his 6-year spell at the club. The Brazilian legend is a Fox in the box by his playstyle and his gameplay complements that in almost every sense. He is most effective in the attacking third and doesn’t really get involved in the build-up. He likes to stay high up the pitch, close to the opposition box just like most other Fox in the box strikers.

Elber has high Offensive Awareness and Finishing stats, and he can finish well with both feet when given a decent chance inside the area. We tried him out in both online and offline matches, and we found other aspects of his gameplay other than finishing to be very average. He lacks the pace or trickery to get away from strong and aggressive defenders. However, if you are looking only for a proper box player, who can convert chances into goals regularly, you would be happy to have him.

Best Formations to use him: Elber is a proper finisher, he can’t do much more on his own. So he is best equipped for two striker formations like 4-4-2(Ex: C.Raneiri), where you can partner him with a Second Striker or another Center Forward (preferably a Target Man like D.Zapata).

Did you find this article helpful? Which Bayern Munich Iconic Moments players do you have in PES Mobile 2020? Let us know in the comment section below! 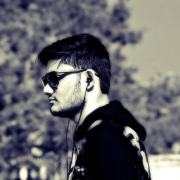 Thank you so much for the appreciation, mate! We are glad you liked it.

Hey, I just love your reviews. Your reviews really helped me regarding some doubts in the game. Can I ask you a favor? Could you please give detailed review on real Madrid iconic moments. There’s nothing that much helpful on the internet, so I thought I’d turn to you for help. 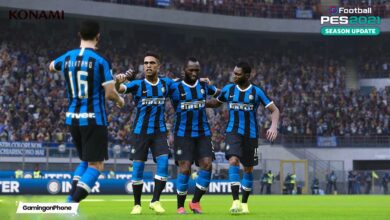 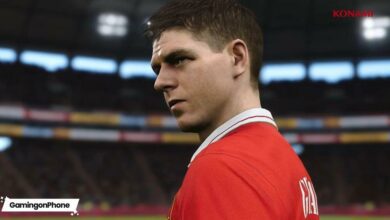 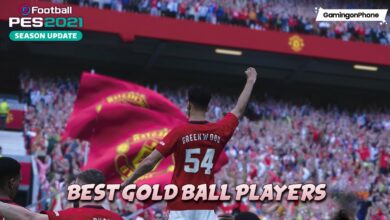 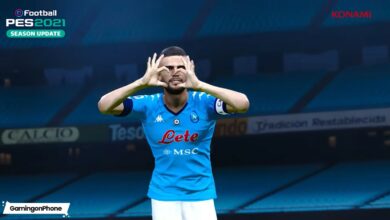