The Gaming industry is becoming more popular than ever and transforming into a giant industry. More and more players are preferring mobile gaming over PC. This behavioral shift is a great sign for the future of mobile gaming. It is expected that player numbers will cross about 3 billion by 2023. Also, global revenue is expected to pass $200 billion by 2023. This proves to be an exciting future of mobile gaming scenes in this ever-expanding market. Battle Royale or Puzzle games are already popular but the FPS games are also making massive inroads. Games like Call of Duty Mobile, PUBG Mobile, and Fortnite Mobile are now massively popular amongst mobile gamers.

In the backdrop of COVID-19, game developers are forced to change their strategy and technology is at the forefront. The worst-hit are the esports Championships as initially all the companies were forced to postpone the tournaments. Later, they started with online championships in place of LANs. eSports has been one of the favourite for millennials.

During April and May of this year, almost the entire world was under lockdown. Having an online presence during these times meant everything across numerous sectors. Moreover, this aspect is particularly seen in casino gaming. Those with it earned record activity and revenue as bored residents turned to their smartphones for entertainment. As the game developers and publishers are moving towards digital platforms, iGaming has also recognized the importance of digitizing. It first started out as games for those with high-end laptops or desktops. But now casinos are accessible on smartphones to anyone who wants to try their hand.

In just a few years of digitization, iGaming have observed a massive outburst in their growth. Moreover, they are generating tremendous amounts of revenue. One of the reasons for this huge success is the use of technology.

Large number of end-users is the key

Recently, a report by AdExchanger mentioned that roughly one-third of the world’s population plays mobile games a year. This does not come as a surprise. Because we have seen this year as to how people shifted to mobile games for entertainment amidst these tough times. This resulted in almost all the popular PC games ported to mobile. It is important that the available titles on smartphone stores cater to the demands of prospective mobile gamers.

Indie developers are coming into the scene

The behavioral shift of gamers resulted in indie developers focussing extensively on mobile titles in place of the console. The developers are able to create and release titles more quickly because of their more casual nature and this results in a more populated market.

Virtual Reality is all about having a realistic and immersive copy of a 3-D atmosphere. In the last couple of years, Virtual Reality has gained momentum in every domain and gaming is not far behind. VR is becoming very popular in the gaming industry. A lot of gamers use VR for live-stream using platforms like YouTube and Twitch. VR is more focused on improving how you play the game.

What is the future in Mobile gaming looking like

Mobile Gaming is witnessing a tectonic shift with respect to consumer behavior. Furthermore, technological advancements has been of great help for developers. A lot of things need to be understood and focus should be on the needs of the gamers. The developers who will understand the behavioral shift will sail through and others will find it hard to survive in this ever-expanding mobile gaming industry.

What are your thoughts on the impact of behavioral shift for the future of Mobile gaming? Let us know in the comments section below! 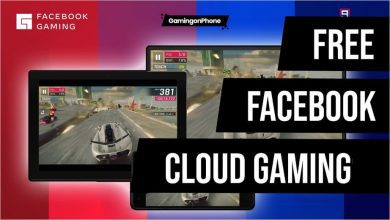 What does the Facebook Cloud Gaming Platform mean for Mobile Gamers 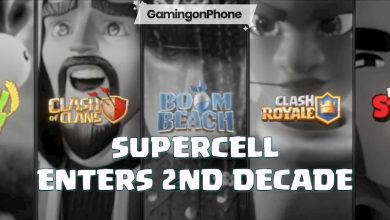