Animal Crossing: Pocket Camp, the mobile version of the popular Nintendo Switch game was released in South Korea just towards the end of last month and since then, has become the #1 most downloaded game on iOS since its launch in Korea, and also entered the list of top 10 games on the iOS game revenue chart while New Horizons, the Switch version is also a bestseller console game in the country. This gives the game a huge boost and shows how popular it is and how eager fans are to play it.

The free to play social simulation game is yet to get a release in a lot of locations worldwide and players who can’t play it yet can now hope that it comes over to their areas soon. But as of now, it is receiving positive reviews and has been engaging the players a lot ever since its initial release.

For those who don’t know about the game, Animal Crossing Pocket Camp is a free-to-play, social simulation game where players are free to create a whole new world with other players or their very own friends since it’s multiplayer. They can create campsites, party venues, natural scenery, and a lot more. This game is free to start, with in-app purchases available. The game is available on both Android and iOS in select regions. That being said, Animal Crossing: Pocket Camp has a lot to explore and if it’s available in your country, you can go ahead and give it a try.

What do you think about Animal Crossing: Pocket Camp being the most downloaded game on iOS since its launch in March 2021 in Korea? Let us know in the comment section below! 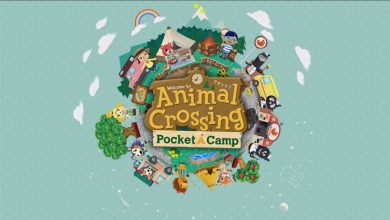