Top War: Battle Game is a Chinese 4X strategy game with primary gameplay that incorporates merge techniques. 4 X means the gameplay involves expanding, exploring, exploiting, and exterminating. The game has dominated the “merge-to-upgrade” category since its introduction in 2020, quickly climbing the charts in both the Western and Asian markets. No doubt, the traditional strategy games are difficult to learn and even more difficult to play, but Top War combines a merge to play style, simple gameplay, and appealing graphics. Moreover, at the time of writing this article, the game has been downloaded 180 million times and currently has 15 million monthly active users. So, let’s take a look at what makes the Top War game a success story

The basic gameplay revolves around a standard 4X strategy gameplay loop, in which the player builds a base and competes against other players on the world map. The way the troops react is what sets Top War apart from other similar strategy games. Units are trained as single entities (e.g., one tank at a time) in Top War. Individual units are enhanced by combining them with other units of the same rank.

In addition, the gameplay revolves around extending territory on the world map. Besides this, Top War contains a PvE mode in which the player challenges NPCs to expand their base area. The player initially selects the units and commander (dubbed Heroes) who will face off against NPCs, after which they can watch an automated battle between the two armies.

Let’s take a closer look at what drives this game from a gamers’ standpoint and Why you should try this game if you haven’t yet.

Over the last few years, rewarded video ads have been a consistent and dominating trend in free-to-play games. Players can watch some in-game ads to get the resources without spending even a single penny.

This cool style is on Trending nowadays because of which people are searching these games more often on Google Search. In Top war, players can enhance a structure or units as long as they are combined! Top War is an original strategy game with a merge to upgrade gameplay. There are no longer any long upgrade wait times; simply merge two upgrades together and the upgrade will be completed instantaneously! Isn’t that awesome?

This is one of the core things, players love. Moreover, all of the top casual games understand that a comprehensive live event offering adds fresh material into the game and enhances retention and profitability. This improves player interest and session time during the event, as well as “hooking” them to the game. Players who are fully immersed in the game/event are more likely to spend money in order to avoid “loss.”

The game makes money through a variety of limited-time IAP offers, which provide players with the opportunity to obtain both necessary gameplay goods and unique collectibles to spice up their gaming experience. More is more for Top War, with a large number of events, offers, and incentivized video commercials.

The combination of merge mechanics with a 4X strategy game, as well as the bright, cartoonish art style components found in more casual games, makes this game more visually appealing and interesting. We can learn a lot about how to develop a user acquisition strategy for war game applications by looking at their creatives.

Why Top War is a big success – from a Developer perspective

1. A major increase in Downloads and Reviews

Top War: Battle Game’s App page reveals a game with a continuous increase in reviews and ratings, as well as a large number of downloads. In the Apple App Store, the app has a Visibility score of 80. Undoubtedly, the addictive gameplay keeps the players hooked to their screens since logging off means leaving your base wide open for a raid. The unique blend of casual components and heavy Advertising on different Platforms have yielded the desired results: Since its introduction in early 2020, Top War has seen a considerable surge in revenue.

Top War also contains a lot of advertisements, which is unusual for a game of this genre. These include incentivized adverts for additional premium money (gems) or soft currency, getting extra units when merging units, and a short boost for more auto-harvesting time for the Gold Harvester, which is a building from which the player can gather coins.

The vast bulk of its ads appear on Facebook, with videos accounting for 83% of the total. People from all over the world are reached by creatives. The United States is the country that the app’s creators are most interested in, followed by Qatar, Saudi Arabia etc.

“Top War: Battle Game” is a free game, however paying for features allows you to progress faster. This is what is known as a “freemium” model. It’s free to play, but there’s a chance you’ll have to pay a fee if you want to have an edge over others. To help them advance in the game, players are constantly tempted to pay real-world dollars for virtual in-game currency. People are more eager to attempt a game if they don’t have to pay money to do so. Players have two alternatives once they’ve become addicted. They can either wait a set length of time for resources or pay to have them delivered within seconds.

Overall, the game is the culmination of several years of intense effort, which can be clearly seen in the game.    No doubt, there is a lot to be learned from their creative strategy. We were able to list some of the major elements that contributed to the Top War: Battle Game’s outstanding expansion. It is not impossible to achieve this incredible accomplishment, but you must first determine what you want to achieve and then focus all of your efforts on getting there.

What do you think about the Top War game is a big success? Let us know in the comments! 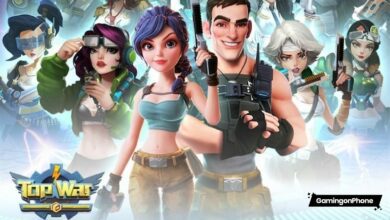 Top War: Battle Game Free Codes and how to redeem them (August 2021) 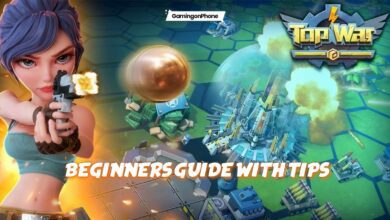