Auto Defense is a real-time strategy game developed and published by Gameloft Company. It is available for players to download from both Android and iOS. In this real-time strategy game, players have to defend the castle from alien invasion by using the different types of turrets. If players want to understand the basic mechanics of the game, follow this Auto Defense beginners guide for some basic tips and tricks

There are different types of turrets in this game with different attributes and can synergize with other turrets to provide additional stats.

Players need resources like cards, gems, bolts Players can click the battle tab to explore these options which provide rewards.

3. Upgrading your Turret from time to time

Players need cards and bolts to upgrade the turrets. In Auto Defence, players need to collect cards by opening chests. Inside the battle page, click the topmost section which will open the season bonus section. The players can get chests, gems, or bolts based on the progression of the game.

Players can check the shop for the free chest which can be unlocked by watching ads. Bolts need to be used wisely and players can prioritize upgrading certain turrets strategically.

Venom Cannon is the most versatile turret in Auto Defence and here’s why:

Note: The best synergy to use with venom canon is range. This indirectly increases the duration of enemy mobs under the poison effect.

Additionally, there are alternatives for the Venom Cannon.

Toxic Gun is an Alternative turret for Venom Cannon with similar capabilities. The difference between Toxic Gun & Venom Cannon is AoE Ability that is, it can hit one enemy at a time. Thus, this turret is not ideal against mob enemies but, very effective against bosses.

Use other Turret’s Synergy to improve Toxic Gun. List of synergy abilities that compliments Toxic Gun.

Multi-Shot synergy will help Toxic Gun hit multiple enemies at the same time. Since Toxic Gun can target one enemy at a time, having a multi-shot synergy is a great strategy to handle mob enemies.

If Toxic Gun plus Multishot isn’t enough, players can use additional turrets like Blast or Electric Type to deal with enemy mobs. The blast-type turrets also deal AOE damage which is needed to handle mobs and blast synergy causes 70% additional damage. The placement of turrets can be changed in real-time for different types of enemies.

Rapid-fire increases the attack rate. So, if players have used Multi-Shot with their Toxic Gun, adding rapid-fire will make the Toxic Gun Performs like Venom Cannon, except for Poison Circle AOE.

Note: Players can remove turrets by dragging them to the bottom of the screen if better turrets are available.

Bullet Speed acts like Rapid Fire. However, Bullet Speed Turrets are rare, so it becomes difficult to improve their star ranking.

High Damage will increase the damage output of the synergized Target, which works especially well with Toxic guns.

Auto Defence is a fun and fast-paced strategy game in which players have to protect their castle, build powerful synergies, unlock, merge, and upgrade the turrets by defending the territory against alien enemies using the best tactics. Mix and merge Turrets to form powerful synergies in the heat of battle to unleash destructive attacks against mobs of enemies. Go ahead and give it a try and if you are finding trouble, don’t hesitate to fall back to this Auto Defense beginners guide and tips. 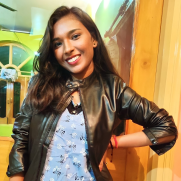 Hi, I am Mansi Saha, a journalism student and a digital nomad who has a keen interest in writing, fitness, and wellness. In my leisure time, I play hyper-casual games or binge-watch TV series. I am always on the hunt for adventure and meeting new people. Writing is my favourite activity to do.