The characters in Genshin Impact are the center of attraction. As players advance through the content the enemies get progressively harder, especially the Spiral Abyss. With this arrives the need to upgrade characters levels and talents for which travelers require materials including talent books and weekly boss drop materials. Multiple characters share these materials and dictate the player’s decision, as resources are limited. Farming the materials can get cumbersome, especially the weekly boss materials because each boss has three types of items, and getting the desired item is purely based on luck (rng). Therefore, players need to be extremely careful handling the limited resources they get. In this guide, we will take a look at what the Crown of Insight in Genshin Impact is, how to obtain it, and which character to invest in.

What is the Crown of Insight in Genshin Impact

Crown of insight is the rarest material in the game and is used to ascend talents from level 9 to 10 (excluding Constellation or Tartaglia’s passive ability). To ascend talents to level 10, players first need to reach ascension tier 6.

Unlike talent books which are used for specific characters, Crown of Insight is used for all characters, making it one of the most sought-after materials.

Guide for obtaining the Crown of Insight in Genshin Impact

Crowns of Insight (previously known as Crown of Sagehood) are available through limited-time events like Thunder Sojurn. There are a total of 11 crowns in the game, out of which 3 are available by upgrading Sacred Sakura’s Favor to levels 5,10, and 25 (one at each level). Players can get another crown from increasing to offering level 11 at Dragonspine’s Frostbearing Tree.

It is recommended that players pick the Crown of Insight first during any limited-time event, because this item is not obtainable through any other means, not even by spending money.

How to invest in the Crown of Insight

Since every character in the game needs the coveted Crown of Insight, and not a lot of them are available, players will need to prioritize the characters and in turn, the talents they need to crown.

The most important tip is to be patient with Crown of Insight. This advice is not only based on the fact that Crown of Insight is a limited resource, but also because crowning requires a lot of Mora and Resin for 16 golden books, 2 weekly boss items. Gathering so much material for one character will stop the players from increasing other characters’ potential. It would be much better to invest the precious resin in acquiring better artifacts.

Players should save the crown until late in the endgame. By this time, players have multiple characters and a better understanding of them. Hence, there are higher chances of making the optimal picks for crowning.

This decision for the characters to invest depends upon the strength of the character. For example, crowing Bennet will provide more value over someone like Barbara, since he is a better character overall. But at the end of the day, the reason players come back daily to play the game is for fun. Therefore, while it is recommended to upgrade characters with better potential, the final decision rests in the hands of the player.

Which talents should players prioritize

If you have a favorite character, go ahead and max up all of their abilities. This can be done for multiple characters, but it’s much better to choose talents based on the roles your characters serve.

For example, Xinqui is used primarily for his amazing off-field support from his elemental burst, and hence there is no need to upgrade his normal attack. His elemental skill is also a great candidate for the crown. But taking it to level 9 would be better, thereby using the crown on the main DPS for better returns.

This guide recommends that DPS characters in Genshin Impact like Hu Tao and Kaeya can use the Crown of Insight on any of their talents, but even they should have a priority order. For example, crowning the elemental skill on Hu Tao before the elemental burst will be a better choice for DPS Hu tao.

Did you like our guide on Crown of Insight in Genshin Impact? Let us know in the comments below. 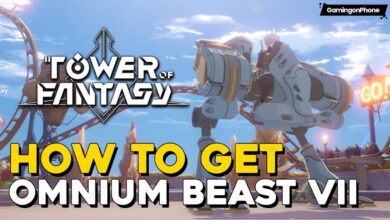