Players capture land and raise armies to control the One Ring in The Lord of the Rings: Rise to War, a geo-strategic seasonal wargame. Armies must be raised, territories must be conquered, and defenses must be strengthened to outrank others. As the campaign progresses, players can level up their power ring to gain access to new abilities. They must work together with their allies to defeat their enemies because the game is multiplayer. If you’re new to this game, here is our Lord of the Rings: Rise to war beginners guide and tips that will come in handy as you progress through the game.

Players will choose a faction at the start of the game, and they can even play as orcs. They then create their power ring, which can be leveled up to unlock new abilities as the campaign progresses. Because the game is multiplayer, they must work together with their allies to defeat their foes.

In Lord of the Rings: Rise to War, players will control only their main settlement at first. Completing tasks is worthwhile because they provide resources and help the player stay on track. If you are wondering where to farm gems and gold or how to start in the game, then you’ve come to the right place! Here in this article, we will discuss everything that a beginner must know to dominate the leaderboard

Lord of the Rings: Rise to war Beginners Guide: Tips and Tricks

Players will need to occupy more land to gain more resources. The tiles that the player controls have a green border. Those with a purple border belong to other players in the same faction, while those with a red border belong to enemy players. The computer controls the tiles that have no borders, and these are the tiles that the player will be conquered in the beginning. Some tiles will be easier to conquer than others, so double-check before sending in your armies.

Try to attack a higher Power Land instead of wasting troops on Power level (Level 1). Players can easily fetch more resources if they target a higher level of power land and start using the Gather function.

Note – In Rise to War, there is a limit to how many territories a player can control at once. This can be improved, but players should eventually get rid of territories that don’t produce many resources to make room for those that do. From the Land Overview screen, they can check this.

Players in Rise to War will be unable to conquer any territory unless they have armies. Commanders lead armies, and it’s critical to improve their abilities to make the army more powerful overall. It’s also crucial to keep upgrading units to higher tiers and acquiring more elite units. Players will need to construct various buildings to obtain these elite units. Players will have to choose their army composition, which will vary depending on the faction, but they will eventually have a variety of units.

Knowing which buildings to build or upgrade can be difficult, but the Main Hall is the settlement’s beating heart. It should be upgraded whenever possible because it increases settlement durability and allows other buildings to be upgraded. The players will also require wheat. It is used to make new units and gain XP for armies by simulating battles. Farmland and other similar territories produce a lot of wheat, so players should control a few of them.

When a piece of strengthened equipment is used as a material to enhance another piece of equipment, the number of times it has been strengthened will be counted as duplicates of the same item.

When the materials are added more than the required amount, the extra will be returned to players as similar-named items. Items returned can only be used as reinforcement materials.

4. Join a Warband (Fellowship) or create your own

Build a Fellowship (Warband) hall for 500 gems and become a Leader once your Main Hall reaches Level 3. Players have the option of joining a Fellowship or accepting invitations from others.

After disbanding or leaving a Fellowship, players must wait at least 2 hours before joining or starting a new one. When members of the Fellowship defeat Territory defenders or Mobs, they gain experience that can be used to upgrade the Fellowship. That is why teamwork is so crucial in the game. In addition to increasing capacity, upgrading the fellowship unlocks the Fellowship store, the Fellowship Fortress, and much more.

You must choose a faction when you first start playing The Lord of the Rings Rise to War; each faction has its hotspot location on the map, unique buff, and starting commander. When you tap a faction, you’ll see its buff, specific unit type, map location, and a tip in the lower-left corner with information about the game’s starting commander. The three best-starting factions in LOTR Rise to War, in our opinion, are Gondor Faction, Rohan Faction, Isengard Faction, and Mordor Faction.

If you believe in the phrase defense is the best offense, you should begin the game by supporting Gondor. It’s the best defensive option of the bunch right now, and it can help those who prefer a more passive combat style.

The Rohan faction is currently regarded as one of the most powerful factions in the game. Due to its unique Faction Trait, it’s easy for troops to charge into battle and land the first blow, which increases your army’s march speed by three. This aids their early-game damage, which can be the deciding factor in some cases.

While not quite as strong in defense as Gondor, Mordor can undoubtedly hold the line. Extra resource production is a trait bonus that aids in the completion of a variety of in-game tasks. Mordor is a good choice for those who want to prioritize defense over utility or offense.

Forts in Lord of the Rings: Rise to war

Players will eventually need to expand to other areas within Lord of the Rings: Rise to War, which will pit them against enemies. Players must construct forts to march long distances. Forts are structures that extend a commander’s range of movement away from a settlement.

It serves primarily as a forward operating base. Forts can be built once a player’s ring has been upgraded to level 10, and they take 2 hours to construct. Armies can only march for a certain number of tiles, but they can begin their movement there if repositioned to a fort. They must reposition to that fort, not just march there.

Because the tile on which a fort is built stops resource production, it’s better to build forts on blank spaces, which don’t generate as many resources. 5k wood, 5k ore, 10k stone, and 12k gold are required to build a fort. As a result, players will want to construct forts as far away from their main settlement as possible, on the outskirts of where their army can march. At least at first, they don’t want to build too many forts.

Here are some ways to increase your Gold count in Lord of the Rings: Rise to war:

Tags
Beginners Guides Lord of the Rings Rise to war 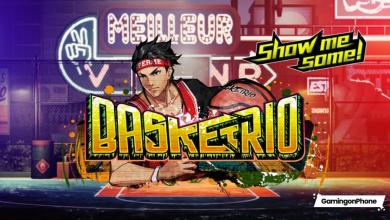 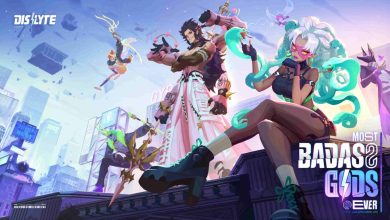 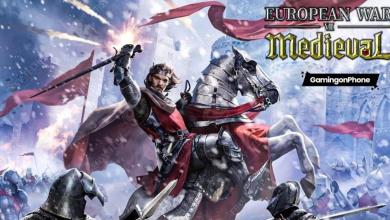