Soccer Battle is a 3v3 real-time PvP soccer sports game developed by US-based developer DoubleTap software. Soccer Battle boasts an incredible 1 million+ downloads on Google Play and has a very well maintained player base. This game is of 60MB in size and therefore it works smoothly on both flagship and lower-end devices. It and is a very fun game to play along with your friends. This game is recently getting hyped among the Youtubers and Twitch streamers alike. Here in this Soccer Battle Beginners Guide, we will provide you with all the tips to help you in this funfilled journey of football.

The gameplay of Soccer Battle is really simple. There are two teams with 3 players on each side. The playground is surrounded like a street soccer ground with walls on every side, so the ball is always in the play until it gets inside the goal. Each match is of 2 and a half minutes and the fastest team to score 3 goals wins by default. If neither team has scored 3 goals inside the regulated time the match will go on a tiebreaker, where the first team to score wins. The tiebreaker lasts 30 secs where the golden goal takes place.

Apart from that you can unlock and choose different Battlers by ranking up through collecting cups per match. You will get max cups by becoming MVP of the match. You can also upgrade your battler to reduce recovery time and increase sprint speed. Collect the bags to unlock new battlers with different specifications. Choose the best battler that goes along your playstyle. You need to collect 100 trophies to enter the tournaments that are held every week. Make a team with your buddies and compete. You can also compete with each other by creating your own room and play 3v3 matches with your friends.

The controls of this game are really easy but are complicated at the same. You have only two control buttons. On the left side, you get a joystick to move around with your left thumb and you can both shoot and tackle with your right thumb on the right button. The complicated part is making the timing right. The players run slow while they are with the ball rather than without the ball and you can’t tackle the player who doesn’t have the ball which makes it tricky but is fun at the same time.

The key to winning every match is how to play as a team. You need to cover each other so that if one person does a mistake the other can make up for it. So you need to make smart moves and smart passes if you want to make plays and score. Matches in this game are always along with other players online and since there are only six players matchmaking is pretty easy. The fun part is there are no bots in the game, as we all know bots are of no fun.

The music in the game is quite basic with a soothing instrumental playing in the background and has special effects on the movements while tackling and shooting. After scoring a goal the cheering sound appears and the same music continues throughout the recap of the goal. The music actually does a good job maintaining the competitive nature of the game and is actually good.

These are some of our bonus tips to guide you into easy wins in the weekly tournaments in Soccer Battle. Try them out with your friends and score the crucial three goals!

Soccer Battle is actually a very easy game where you just have to score 3 goals in order to win. As there are only 3 players in each game you need to maintain a formation and tactics that will allow you to cover each other as the team. As the players run slow, so you need to stop chasing the ball everywhere. Whenever one of your teammates has the ball try to get in the open so that he can pass the ball to you.

2. Take the ball, pass the ball

Passing the ball at the right time is really important and it is the best counter tactic for the nasty tackles in the game that make you recover for 10sec. Another way of dodging the tackles is to move away or turn away from him at the last second of the tackle. This is a fun technique and gives the feeling that you’re actually dribbling the ball. But keep in mind the Battlers runs slow while they have the ball. Shoot the ball in the wall with force and in an angle and use the rebound as a pass. Many players in the game use this technique and are actually useful.

You cannot tackle anyone who doesn’t have the ball. Tackle only works on the ball so you need to maintain the timing of the tackles or else if you miss it will be very hard to chase him down again. Sliding also lets you shoot the ball at an incredible pace. This is actually useful while the goal is unguarded. If your timing and direction are right then you can slide shoot the ball from anywhere inside the goal. While dribbling you can always use the walls to pass and as a pass.

4. Maintain communication among your teammates

You can also use the dialogue box on the right side to connect and give directions to your teammates so that they can cover you. This is another reason for this game to be awesome as it uses real-life soccer experience as its main tactics to win.

Soccer battle is a very fun game to play and at the same time can be very competitive too. The introduction of the tournaments in the game makes you hooked up to it. Honestly speaking the tournaments are really tough to win. The overall physics of the game and the graphics is really good and there is almost no lag or rendering issues in the game.

Though regarding the server there are some issues to it. Players do happen to get disconnected sometimes without any reason and frequent data loss occurs. Though they are constantly updating the game-fixing the bugs and making it better, in our opinion, it’s one of the best casual soccer games ever.

Did you find this Soccer Battle Beginners Guide helpful? Let us know in the comment section below! 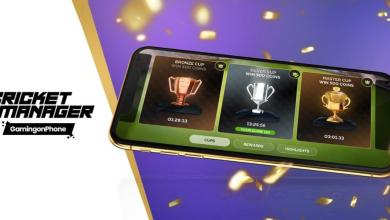 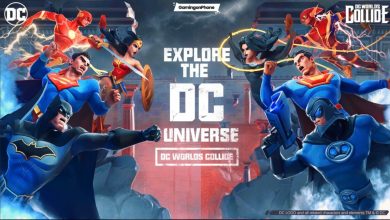 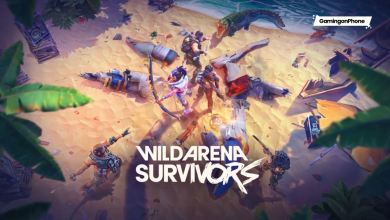