Starlight Isle-Adventure Tales is a 3D anime fantasy online role-playing game by EYOUGAME(USS). The game features a lot of entertaining items like Captivating Black Desert, dreadful Dragons, and Enchanting Elves for the players. With the combination of 3D graphics and awesome sound effects, players will be lost in it. With a fairly large player base already, players were interested to get to know whether some gifts or gems within the game are gettable via codes or coupons. Well, the good news is that this is possible by following easy steps. Here’s a quick guide to getting free Starlight Isle-Adventure Tales to redeem codes and also redeem them.

How to get free redeem codes in Starlight Isle-Adventure Tales

Redeem codes are provided on any update, reaching some set targets, or celebrating other things. But one of the best things Starlight Isle-Adventure Tales has is that the game often gives free coupon codes. These codes are delivered from the game’s social handle Facebook. But we recommend following this article because we’re consistently looking for new workable codes for you.

In this article, we’ll provide you with a list of the latest codes of Starlight Isle-Adventure Tales, explaining how the codes work and how to redeem them, with some of the free codes with their redeemable in-game rewards.

Redemption codes can be used to claim various in-game items like B. Diamond, Stats Potion Check, Wing Pri. Rime, etc. The game provides a new redeem code each day. So, players need to redeem each code promptly. There are many promo codes available at the moment, and we have got them all covered for you. Make sure to redeem all before they expire.

Here’s a list of all working codes for Starlight Isle-Adventure Tales. Make sure to redeem them all to get in-game reward items.

Unlike other games, Starlight Isle-Adventure Tales has an in-game code redemption center that you can access easily within the game. Therefore, like most mobile games, you do not have to go to an external site and enter the codes then return to the game to see if they are working. But players have to remember one thing they need to be at level 50 to unlock the ‘Redeem’ menu in Bonus. Just follow the steps below and you will be able to redeem the codes and get cool rewards in no time!

These are all the codes that are working and tested, for now, we’ll update this space as soon as we get to know more free redeemable codes for Starlight Isle-Adventure Tales. 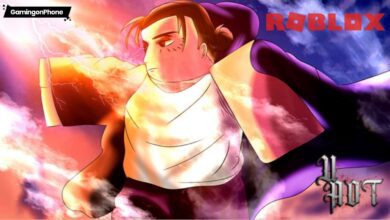 Genshin Impact: Lost In The Sands Quest Guide and Tips