Super String is a Hero collection RPG-type game developed by Factorial Games and recently brought to the global scene. Take up the role of a commander and lead a team of webtoon superheroes, level them, and enhance their fighting capability to battle against strong enemies. The game features quality graphics and a traditional turn-based battles system. The game has a vast number of collectible heroes that may confuse new players, for that we have a tier list that divides the character based on their overall viability. This tier list will cover the ranking of each in-game character from Super String for May 2022.

This tier list should only be taken as a reference because different strategies and compositions can yield different results for players.

Super String Best Characters for May 2022

The characters in this list are the best of the best, they are very strong and viable for both PvE and PvP. These characters should always be the top priority for investment, as compared to others they will be useful in the game for a very long time.

Some noteworthy characters are: Sando is a top-tier DPS in the game with very high output damage, Hasty is a very strong defensive character, and her kit allows her to be a top-tier tank for the team.

These characters are not very far from those that are in the S tier, but certain caveats hold some of them back. Nevertheless, they should be a high priority as well, for most of the content they are equally viable as S tier characters, however, they can do the job less efficiently. Team comps are always a must for any team, and good team comps made from A-tier characters can somewhat rival those that are made with S-tier characters for very specific game content and enemies if planned wisely.

Characters in this tier are not exactly bad per se, rated good but they are easily outclassed by better units, hence they are placed in this tier. A few units may have special usage in specific enemies, so check them out when you need them.

Units in this tier are not really good for any type of game content, aside from a few exceptions. It is highly advised to not invest in them at all, as there are better units in the tiers above them.

Did you find our Super String Character Tier List helpful? Let us know your thoughts in the comment section below!

A nice reference as to which characters merit investment, but noticing that the character [Seokhwan] is listed twice, while another character-[Lee Hyeonseong]- seems not to be listed at all? Well, still a good guide to get started with for sure. 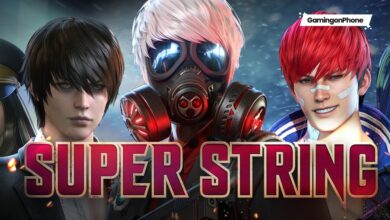