Top War: Battle Game is an online multiplayer of a merge to upgrade game style from Top War Studio. It is a military theme-based Strategy game that offers a variety of battle modes, robots, ships, tanks, and much more. Players have to keep upgrading their armies and make their alliance stronger to rule others. This game also offers a large map where players from all over the world compete with each other to save their kingdom. Before jumping straight into the game, do check out this Top War: Battle Game basic tips and tricks guide and become a powerful commander of your alliance.

Top War: Battle Game is offered by Top War Studio and is available for both Android and iOS. This game is basically an innovative strategy game featuring the merge to upgrade game style. One can easily upgrade buildings, tanks, ships, and other units either by using resources or merging them. In other words, it is a base builder game where you can unlock new regions, build and repair buildings all around your camp. Players have the option to collect mechanical gears, develop their professions, fight elite mods, employ heroes, and do much more.

Buildings play a vital role in this game. Try to upgrade as many buildings as possible. Instead of focusing on a few buildings, go for variations. It’ll not only boost your overall CP but will also help you to increase your rank or level. All the players can easily upgrade buildings either by merging the same type of units together or doing it from the Research Tech in the game. In addition, upgrading each building gives tons of EXP and helps in leveling up much faster. Moreover, new players should focus on mines first and upgrade troops and barracks next.

2. Engage in battle with enemy alliances

Once you’ve finished upgrading buildings, troops, and other units. Now, it’s time to dominate the world. Head towards the World Map, battle, and gather resources from there. Try rushing on other players’ bases to steal some of the precious resources from them. It’s worth mentioning here that bases that are protected by shield can’t be disturbed. Unfortunately, your shield will disappear if you attack others’ alliances. In other words, anyone can attack your base if you are out of shield.

3. Use your items saved in the Inventory

Whenever you open a chest some resources like upgrading components get stored in your inventory. Most people instead of using those items prefer saving them for no reason. If you really love ranking up faster and explore new areas, you should use your items stored in inventory timely. Moreover, you can easily open up new chests from the Inventory itself. Not only this but also you should check what units and or buildings you’ve already obtained and which one of them needs to upgraded first. It will save up your time and resources as well.

4. Complete the Quests and earn rewards

A point that you must remember from this Top War: Battle Game Guide is to not forget that there are quests. Make sure to complete the respective tasks required to access quests. Besides, the most precious thing you’ll get from the quests is gems. No doubt, gathering coins is quite easy. But gem hunting is something you need to master in this game. Moreover, if you are finding it difficult, you can collect it from free chests as well. All players will receive a free chest timely which offers gems, coins, and components sometimes. Complete events as well to earn amazing rewards. Therefore try completing as many events as possible and increase your rank tremendously.

5. Boost up your Hero Level

Heroes make it easier to win the game and defeat the enemy troopers. Because increasing the Hero level substantially increases HP and Power as well. Here are the ways by which you can upgrade your Heroes with ease:

You can use Hero shards to ascend the hero and increase its stats. Players can collect the shards from events, gift packs, or Hero recruitment as well.

Obtain your EXP books from Newbie carnival, hero recruitment, and by completing the timely events.

Tap on your Hero à Hero Recruitment à Research Skill and use the skills to level up your Hero.

6. Use appropriate combination of troops

It is a bed of roses to win most of the battles if you have the right combination of your army troops and heroes. During the battle either you can use the Quick Deploy option or manually drag and drop your troops on the battlefield. Do note that there are 3 rounds of every battle and in the last round you’ve to defeat the boss to capture the area. Don’t forget to bring heroes in the battle course. Obtain your heroes from the Hero Recruitment option and further timely upgrade them to stay powerful. The ultimate Boss possesses weapons that deal heavy damage, so try deploying tanks or ships first. However, more the number of times you merge the troops, the stronger they’ll become. Also, instead of rushing on enemies, must check the troop level so that you won’t face defeating the next time.

7. Join A Clan and fight together

The better rank you’ll have, the better Alliance or clan you’ll get. Try to rank up faster as soon as you can. In addition, joining an Alliance gives you several benefits than playing alone on the world map. Here are some of the features you’ll enjoy after joining an Alliance:

Low on resources? You can easily send and or request coins to/from other alliance members.

Earn Alliance points and exchange them for items

Alliance points can be easily exchanged for useful rewards such as Tech Items, shields, and much more.

The in-game base area is not limited to one or two hectares. You have the complete opportunity to keep exploring and expanding your area. If you have enough coins and have a decent army, you are ready to do so. You’ll be able to capture new zones by defeating enemies in 3 rounds, where the last round is a bit difficult because of the BOSS. Besides, if you want to give pace to the process then prefer upgrading your army timely and deploying more troops.

9. How to redeem Gift Codes?

Gift codes give you exciting rewards for free. Here are some active Gift Codes which are currently redeemable in the game settings. Unfortunately, once a gift code is redeemed you’ll not be able to redeem it again. Follow the steps in order to claim exciting rewards:

Gold Mines can give you 600k coins per hour. Unfortunately, it takes time to gather the coins from mines. If you have a busy schedule, you should target gold mines first. Surprisingly, gold mines not only gives coins but also contains some design prints such as Barracks, Shipyard, Airbase build designs. At most, one can easily gather around 2M coins and even more in some cases. All you need is patience. However, if you want to draw back your army for a rally etc. Prefer recalling them any time in the world map and your army will be back on your base.

How to Level up faster?

Follow these basic tricks if you want to rank up faster in your region and unlock new features:

How to unlock new areas?

Unlocking an area requires two things i.e. appropriate level and enough coins. If both these requirements are satisfied you can easily go on exploring new regions and placing your units there. Do note that before capturing a new area, you have to defeat the BOSS of that region. You will get 3 rounds to play where you need to win all the rounds in order to capture the region. But why to unlock new areas? Are they really important? Unlocking new areas provides you enough space for your units. If you have no enough place to deploy your units. Then attack a locked region, make it yours, and unlock new areas.

In conclusion, this game offers a nice layout, awesome graphics, descent build mechanics, and character design. It has a stable balance of F2P and P2P. Anyone can get easily get exciting rewards by completing daily events and opening free chests. The game concept is quite good and can get you easily hooked on playing. However, it seems quite easier to train troops, upgrading builds in the early stages but it will become harder to level up after a certain stage. Moreover, if you want to progress faster, this game does offer transparent microtransactions as well. If you get stuck somewhere, visit this Top War: Battle Game guide anytime to get a better understanding.

Did you find this Top War: Battle Game Beginners Guide helpful? Do let us know in the comment section below! 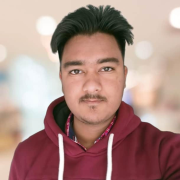 A crazy kitty lover who always loves to spam kitty gifs and stickers day & night. I usually try early access games and plays Champion Legends and Mech Arena in my leisure time. Want to see my kitty gifs collection? you can reach out to me anytime by writing at himanshu2508chauhan@gmail.com

Bru you can not redeem a code two times haha. Try re-entering the code again, you will get an error saying something like “This code is already entered”

Does anyone know how to help with my problem

I can’t thank of anyone to help me

What does change region mean

Thanks for the info, the cods were really nice. I am looking for a tutorial about rallying, however. Every rally I do times up (don’t happen) and I remember there was actually a session at the very start that allowed me to configure the max time which I allowed to wait for troops to rally at my base, and it just happens that I made it 1 minute back then (beginner mistake) and now I have no idea where I can set up that damned rally timer again…

Hi there again! If anyone else were having the same problem as me, I figured out that once you click rally and go into army config, there is a tiny window in the army config screen that has buttons to change time to wait.

It was kinda of a big problem for me, so that is why I am posting here. Gl hf

Need to find me and add me

I created an alliance for my friends to join but they cant find it and I dont want to add my Facebook, how do we join each other?

How do you upgrade alliance treasure

How to equip base skin

How do i g’et a sheild to my base

Bro what is brotherhood of alliance in top war battle game

I facing log in problem I don’t know the server nomber and my id number what should I do.
My name is godric