We are now in the endgame. The 30th version of the UEFA Champions League has had its own stories written. From the surprisingly good performances in the group stage from Ajax, Sheriff Tiraspol, and Benfica, to the surprise run from Villarreal, this season has been full of surprises. All of it has now come down to the finale in Paris. The Stade de France would be the venue to host the climax between Spanish Champions Real Madrid and the English runners-up Liverpool. It would be the ultimate Matchday showdown for the fantasy managers, not only those on the field. Therefore, we have compiled a complete watchlist guide for UCL Fantasy 2021/22 Final.

UCL Fantasy 2021/22 Final would be the time managers can keep a maximum of 8 players from a team. Also, a maximum of 5 free transfers are available between the 2nd leg of the semifinal and the final. Hence, it would be necessary that teams are set up with extreme levels of fantasy strategies. In this piece, our concern would be to build a team for the finals. The piece would have 11 suggestions based on positions. Since there would be no scope for manual substitutions after the match, it is necessary that the 1st XI remain firm, regardless of the bench. Also, if you have saved the Limitless or Wildcard chip, you must use either of them with proper planning.

No doubt choosing the no.1 for the squad was the hardest task of all. Both Courtois and Alisson have been phenomenal for their respective teams throughout the season. However, one of the reasons to choose the Brazilian over the Belgian would be a comparatively lesser price.

That 0.3 million saved by bringing Alisson over Courtois may help in better investment elsewhere. Besides, the Brazilian has saved 96 shots out of the 136 shots he has faced (70.6%). Besides he has had a clean sheet in 50.9% of the games he has played across all competitions.

To be honest, there’s a very slim chance that the game would end with either of the teams getting a clean sheet. In this context, the idea must be to have defenders who are decent offensively. The Scotland International captain, Andy Robertson, is one such defender.

With the latest goal coming from him on the final day of the premier league, he has had 3 goals and 14 assists across all competitions, ending up with an xG+xA of 0.24 per 90. Along with 1.77 key passes per 90 and 5.6 progressive passes per 90, the Scotsman surely books a spot in our team for the final.

The Dutch center-back will have had quite a resting period before the final. There is no way Klopp would field his team without him. He has helped Liverpool keep 20 Clean sheets in the league and a clean sheet without him is always unlikely. Van Dijk’s 55 ball recoveries have helped him with 15 points out of the total 46 he has gotten to date.

Although he has a 55.5% tackle success rate, much lesser than Joel Matip’s 78.94%, still, the guarantee for Van Dijk to start keeps him ahead. Both pose a similar threat from setpieces. However, Van Dijk received an injury in the FA Cup final 2 weeks ago and his start should be monitored, and in this case, managers may consider Matip (5.6 m) or Konate (5.8m) based on who starts.

Although the likelihood of a Real Madrid clean sheet is quite unlikely, still, Eder Militao would still make it into our team. A massive 67 ball recoveries so far have accounted for 51 points for him this season. He indeed has the highest points among the defenders ahead of the final.

The Brazilian CB averages 3.89 tackles+interceptions per game and has a 62.6% tackle success rate. He surely looks to be a tempting choice, especially since it would be better to have at least one Real Madrid player in the defense, rather than 3/3 from Liverpool.

The only no-brainer midfield choice from this game. Based on numerous stats, he has been the best among the attacking midfielders and wingers. The Egyptian has had an xG+xA of 1.00 so far and has had 46 goal contributions so far (31 goals and 15 assists). He has taken 4.02 shots per game, which is the most among all players in his position.

Also, he has managed to keep 1.47 shots on target per game among those. He also has 1.86 key passes per game. There would be too many stats to define his season, hence the choice of adding him to the squad would definitely be second to none. Needless to say, he would also be our ‘Captain Choice‘ recommendation.

The Croatian would be our second choice in the midfield. With 53 points bagged so far, he received the Man of the Match award twice and had 4 assists. Also, he has had 37 ball recoveries. A proven performer on the big stage, he is undoubtedly another decent choice for the fantasy team, given he starts for Ancelotti’s team.

The third choice might be a dilemma between the 2 DMFs of the two teams. However, due to the uncertainty of Fabinho’s start, and Casemiro being a more experienced player for such a stage, our choice would be the latter. He is owned by only 10% of fantasy managers and has collected 39 points so far.

Most of his points have come from the 63 ball recoveries. Besides, he has been good aerially too, with 3.29 aerial balls won per game. All over, Casemiro as an asset just for the sake of ball recovery does look tempting. Fabinho, however, does remain as an alternative.

Perhaps one of the most underrated performers of the season. He has touched 3 silverware already this season and would be aiming towards the 4th. The Senegalese have scored 23 goals so far this season, and some of them were indeed very crucial. His 0.69 xG+xA is impressive considering he had to play in the CF position at times, which was new for him.

The winter signing has changed the dynamics of Liverpool‘s already dangerous attack. The Colombian, though not a high scorer or assister as per records, has been a constant attacking threat for the opposition. Don’t give up on Diaz even if he isn’t in the starting XI on the final day, which would be very unlikely anyway, but his appearance has its own bursts of energy and attacking threat.

He has a 0.68 xA+xG to boast about, which is nearly the same as Sadio Mane. The Colombian has an SCA of 4.58 per 90 besides having 3.83 shots per 90. He is indeed a good choice for the team, considering that there have to be 3 forwards in the first XI of the fantasy team. He would be the best forward choice from Liverpool.

The Brazilian has been a top forward choice throughout the season. Having started all 12 of Real’s games in this UCL campaign, he has had an attacking return in 7 of those. He also has 6 assists, which is the most for any player so far this UCL season.

He has 13.19 progressive carries per 90, all thanks to his pace and dribbling skills, which can be real trouble for the Liverpool high line. Also, 0.66 npxG+xA and 5.31 SCA per 90 are indeed some stats that would convince managers to have him in their squads, given his price and guarantee to start.

It is serious doubt if there are anything football fans won’t know about Karim Benzema‘s form this season. With 44 goals and 14 assists, he is the best player, no doubt for this season. The UCL prize is the ultimate reward he has to wait for, for the ultimate success. Mere stats won’t justify his form and season.

However, to compare, he has 1.10 xG+xA, better than Mo Salah. But, he is slightly behind Salah in terms of shots taken per 90, with 3.99. Just remember that he is a captain choice, however, having a midfielder like Salah would be beneficial due to that extra 1 point a midfielder gets for a goal.

Did you find our analysis and overview on the UCL Fantasy 2021/22 Final (Matchday 13) guide useful? Drop your comments in the comment section below! 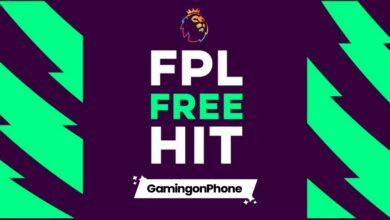