Chroma: Bloom and Blight, is an upcoming CCG(Collectible Card Game), coming to Android and iOS in the latter half of this year, around November. It will also have a PC launch around that time. It is developed by Clarity Games and is said to be one of the most F2P-friendly card collection games. Here we have all the information you need to know about the game.

What is Chroma Bloom and Blight?

Chroma: Bloom and Blight, is a CCG (Collectible Card Game) like Hearthstone, MTG, and Legends Of Runeterra. It is being backed on Kickstarter, the famous project-funding platform. As of the time of writing this article, the game has the backing of 1,289 people who have pledged 116,403 Euros. Clarity Games are the developers, and from the looks of the game design and monetization, they are heading in the right direction.

The game will have a story, like Elder Scrolls: Legends, and it will have lore revolving around the characters. The players will understand the story as it unfolds, by playing the game. As of now, it looks similar to Hearthstone, having a single playable row. All cards you play will be on that row, and like Hearthstone, they will attack and defend. Decks include a Commander, and other than the commander, it has to have cards of four different colors.

The monetization is a very interesting aspect of the game. The devs have said that all the cards will be ready to use for all players- right from the beginning. Yes, you read it right. All cards, the entire collection, is free for all players right from the beginning. Also, the micro-transactions in the game will be entirely cosmetic. If this holds true on the day of the final release, Chroma will be the first-ever game to give all the cards to the players for free, with no unlock mechanics at all. Also, the devs have said this about the game design and monetization,

As mentioned before, the game has been backed by 1,289 people, for a total of 116,403 Euros. If you want to back the game, you can visit their Kickstarter page. It has different tiers for backing it, and these tiers give you different benefits. These tiers also have different names/titles for different amounts. The amounts and names for the different tiers are –

Whatever titles you fancy, you can back the game with the corresponding amount.

The game looks promising, and if the promise of making all the cards free for everyone holds true, it can become popular. The devs plan a launch in November 2020, at least for PC, and are trying their best to roll it out on mobile at the same time. There will be an Open Beta in October, though. The artwork is also beautiful, and overall, the game is decent. Do back it if you can, because it has great potential.

That covers it for Chroma: Bloom and Blight. Did you find this article helpful? Don’t forget to share your thoughts in the comment section below! If you’re looking for similar CCGs to play, you can check out Legends Of Runeterra.

If you want to talk and hang out with fellow mobile gamers, you can join our Discord or join our WhatsApp group. 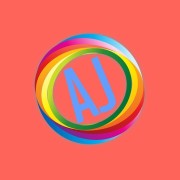 A gamer by birth, student by profession, writer by occupation. Mobile gaming and wrestling are the best things on Earth, and The Miz is the best of the best. I also love reading and playing the guitar, and Stairway To Heaven is awesome.