To amaze the cricket fans around the world, Miniclip is going to launch a new 3D multiplayer title, Cricket League, which is now up for pre-registration. A 3D multiplayer game, it gives a fast, fun, exciting, and authentic real-time experience to its players. Though the release date is not announced yet, the cricket league is currently available for pre-registration. The game is available in English and Hindi.

Cricket League is a blazing, fast PvP game where players will play against each other in a 1v1 format. To create an adrenaline rush through the spines, the game features only 2 overs of bowling, batting & tons of tactics. Players will bat, bowl and field according to the strategy they like to use to make a way to the top of the league.

The fast-paced sports game is bound to play a quick two-over match against anyone online. The game features easy mechanisms, i.e. batting, bowling, and fielding to learn quickly. Upon winning matches, players will get coins that they can use to build teams, unlock new locations, or upgrade players. There’s a league system play with players all over the world. Players can push their team to race to the top.

The game has many exciting features to offer for the players. The mainstream feature is its fast-paced gameplay. Matches will last no longer than 3-5 minutes. Other features of it include:

Are you excited about Cricket League, by Miniclip, being under pre-registration on Android? Let us know in the comments below! 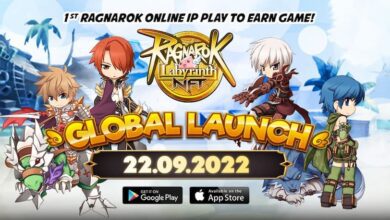