Final Fantasy XIV had previously collaborated with Yoko Taro and 2017’s NieR Automata with The Dark Apocalypse Alliance Raid series. The tale was designed and written by Yoko Taro, and composer Keiichi Okabe composed a few distinctive musical pieces. Fans will now get to enjoy this cooperation which will continue the tale of the Final Fantasy XIV partnership by embarking on a new journey.

The story of NieR Reincarnation takes place in the same universe as Yoko Taro’s NieR, which began as a spin-off of one of Drakengard’s several endings. It’s a narrative that’s still going on, and it’s presently in its second act. ‘The Girl and the Monster’ was the first, and ‘The Sun and the Moon’ is the most recent.

Lots of events, campaigns and new features will be coming in the game as the NieR Reincarnation roadmap progresses

The roadmaps for NieR Reincarnation are nearly identical in most cases. And just like that, in March 2022, a month before the Japanese version, the worldwide edition will get a new chapter of the Sun and Moon main narrative. Monthly Hidden Story updates, new weekly arena ranking prizes, new difficulty levels for event chores and exploration, and outfit bonuses are just a few of the new features. Square Enix also aims to offer a Dressing Room function after May. The specifics of what this new function would entail are currently unknown. 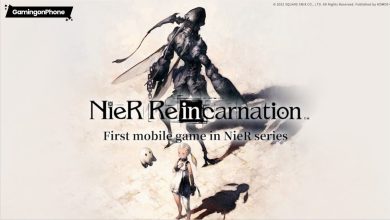 Square Enix’s NieR: Reincarnation to be published by KomoeGame in the SEA region 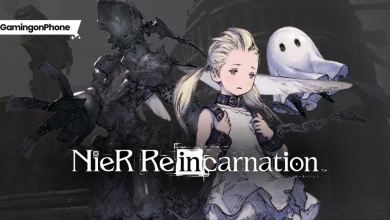