Onmyoji Arena is going to celebrate its fourth anniversary with all Onmyoji, who have been so supportive during the past four years! Players are invited to meet at Heian-kyō to celebrate the anniversary and open up the new chapter filled with infinite possibilities.

Onmyoji promises to bring more joy and happiness in the future

In the past year, there have been some exciting battles in Heian-kyō, that have created countless precious memories. Memories such as the longest battle that lasted for 96 minutes and 58 seconds, the highest output of 472446 in one game; the launch of the first original Shikigami “Izaya”.

Furthermore, the launch of steampunk, cyberpunk, PECCATUM band, and many other brand-new worldviews and series of skins. The past four years were filled with joy everyone had together in the game. The developers give credit to all the Onmyoji for making the world of Heian-kyō more diversified and wonderful.

The celebration for the fourth anniversary of Onmyoji Arena will officially start on Dec 17th. All of the Onmyoji are invited to join and enjoy the gifts prepared by the developers.

The Launching of New SHIKIGAMI

In the sandalwood temple on a snow-capped mountain peak, Ungaikyo is sitting alone, silently. But when he touches the mirror in front of him, it reflects grass, flowers, birds, rivers….. everything in the world. Since then, the boundary between good and evil, light and shadow no longer exist, and the loneliness in the snow-covered mountain becomes a legend.

As the warming up for the anniversary, new Shikigami Ungaikyo will be launched in Onmyoji Arena. What kind of excellent performance will the Guarding Shikigami offer? Coming soon!

Something that stays in your mind will someday spring up in your life. During the anniversary celebration, if Onmyoji can finish the daily requests, they can easily get the skin raffle props, and even to get the highest award — choose one from the four epic skins!

During the celebration, Heian-kyō will be so lively and bustling that you don’t want to enjoy yourself all alone. Invite your friends, old and new, to play together. During the activity, old users can invite new players to join and after both finish activity requests, you and your friend will receive awards including Gold Dharma and uncollected epic skins!

A Picture Scroll for the Anniversary

In the past year, many changes have taken place in Heian-kyō, and all of the onmyoji have left with precious memories. You can review the days spent together and draw a picture scroll together! After you complete a series of tasks, you will be able to unlock the four images of different worldviews launched by Onmyoji Arena last year and receive awards including uncollected shikigami. Those who collected all of the four will be rewarded with Gold Dharma!

Free for a Limited Time

In the past four years, more and more Shikigami have joined the Onmyoji Arena. During the activity, all Shikigami is free for trial use. It is the best time to try out your long-waited Shikigami or start to change your style. You can seize the opportunity and expand your Shikigami set!

The flame of war is burning everywhere. The world is in upheaval. But the home letter woven on the sleeve is the hope of reunion. The 2nd Anniversary skin of Kosodenote “Wartime Letter” will be available again. Faith shall guide your way out and conquer everything! For those who love Kosodenote, don’t miss out!

It is the repeated exercises hundreds and thousands of times that make the perfect Kung fu. The 3rd Anniversary skin of Kyonshi Imoto – Black Jade Dragon is now available again! The panda girl will shine Heian-kyō again after her hard work!  For those who love Kyonshi Imoto, don’t miss out!

There will be more to come in the coming year! Onmyoji Arena will keep bringing more Shikigami, more skins, more worldviews to enrich Heian-kyō! Crossover events with other famous IPs are also on the way with more surprises ready to meet you! Stay tuned to Onmyoji Arena for another exciting year!

Read our other articles on Onmyoji Arena here

Are you looking forward to the Fourth Anniversary celebrations of Onmyoji Arena? Let us know in the comments below! 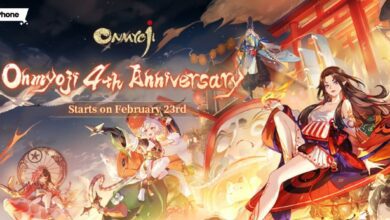 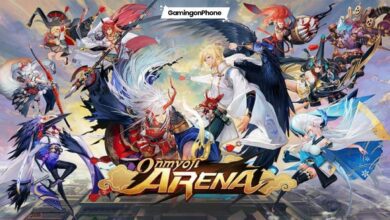 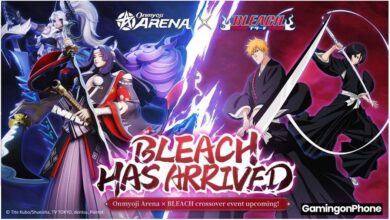