Punishing: Gray Raven the action-packed stylish sci-fi game created by Kuro Game, announced its next significant update, Untold Naraka, which features a collaboration with none other than NieR: Automata. Additionally, to commemorate the game’s first anniversary on July 4th, 2022, the creators recently hosted a special live stream.

Get NieR: Automata collaboration characters with the new update

Here are some of the features of the Untold Naraka update in Punishing: Gray Raven:

Punishing: Gray Raven has crossed over 20 million downloads since its release and has captivated admirers all around the world. Punishing: Gray Raven has received a number of improvements during the first year of its debut, including Frozen Darkness, Lost Chapter, the most recent Fake Ascension, and more. Players are taken on a dark sci-fi adventure by the game’s intricate continuous visual novel-style narrative as they discover the truth about the Punishing virus.

Are you excited for the Untold Naraka update featuring Punishing Gray Raven and NieR Automata Collaboration? Let us know in the comments below! 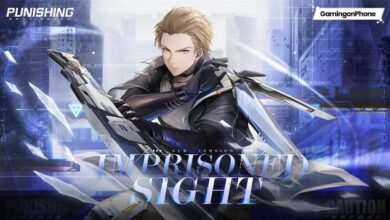