This week, China’s gaming regulator, the State Administration of Press and Publication, commonly known as SAPP, released a notice titled “Notice on preventing addiction among minors in online games”. The announcement builds on top of existing gaming regulations to create a stricter environment regarding minors playing online games. These new regulations are something we have expected and seen on different Chinese media channels for a while, but we do not expect them to have a material impact on game publisher earnings and growth. However, in this scenario, Tencent is stepping up to control the in-app spending for the young.

The six measures are as follows:

Why are the new changes being brought out after all these?

The answer is simple and clear. Kids of the current generation now love luxury; they have not so good manners, contempt for authority and love sticking to the mobile phone screens in place of exercise. Recently, one issue has been being noticed, teens registering with elderly family members ID details or using their account to play and spend freely and racking up staggering bills.

Chinese local media channels have reported several cases of minors spiralling out of control since the pandemic broke out in China in early January 2020. On Feb 7th,2020 Ms Wu (the first name not disclosed) initiated a complaint against Tencent Games. Before that, there were 2,562 active complaints against Tencent Games; 3,347 active complaints against Tencent. According to her, on Feb 5th, 2020, she noticed that the deduction amount was insufficient in the mortgage deduction information system, and there was no expenditure history in the information records. After checking the WeChat (China’s social media platform) transaction records, she found a large number of transactions that she hadn’t initiated. After enquiry, she learned that her nephew had topped up the Tencent renowned game Peacekeeper Elite (Chinese version of PUBG mobile) through WeChat without her consent. (source – 21CN Tech)

While this is one of those attention-grabbing instances, there are several more involving transactions of thousands to millions of RMBs (Chinese Local Currency). Tencent now uses AI and Facial recognition to determine if minors are using adult accounts. In this case, if an account belonging to someone 60+ starts making payments above $150 per month, they will be prompted to verify their identity and facial recognition. This is indeed a good step to control in-app spending.

Is this the right approach to bring these spendings to an end?

The new system has been implemented in Tencent’s two popular games, Honor of Kings and Peacekeeper Elite, which cap in-game spend at $150 per month for players aged 60+. After that, they need to verify their identity to continue spending. Whether the new rules are being aimed at creating a “clear internet space” and “protecting the physical and mental health of minors” or causing undesired situations amongst teenagers remains to be seen. 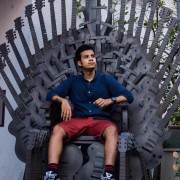