Genshin Impact is a great game and the first interaction with a gacha game for many players. While the developers have been doing a lot to bring new content and improve the existing content, there are some minor changes that will make day-to-day life better in Genshin Impact. These minor changes listed out in the Genshin Impact wishlist are the Quality of Life changes. As the name suggests, these changes are aimed towards trimming away all the time which a player wastes, dealing with unnecessary hindrances. Sometimes, games can be rather obtuse and forgetful. This is especially when the task has to be carried out repeatedly over a thousand times.

Quality of life changes are the unsung heroes of the gaming world. They go unnoticed most of the time but they add so much value to the player’s experience. Below is a list of changes that the developers could make in the coming patches, to improve the experience of the traveler.

Earlier, players needed to navigate to a browser to collect daily login rewards. This, being a cumbersome process required players to get out of the game. Currently, a HoYoLab app has been launched on Android devices and iOS devices by miHoYo. Thus, the process has been simplified by a great amount, it would be more appropriate if these login rewards are available in the game mail itself. Check the in-game mail to receive the freebies!

Another problem that arises when the daily login page is not in-game is that there is a chance of forgetting to claim daily rewards. This means that players are missing out on precious mora and primogems because there is no notification system.

Web events also open up in the browser. If this opens inside the game it will severely reduce the time involved. A lot of times we don’t get notifications regarding the web event. If these events can happen in-game, this problem will also be solved. Opening the events and daily login page in the browser adds an extra step and can be easily avoided to make the process smoother.

At the moment, catalyst and bow attacks are very difficult to hit, without manually aiming. Along with these, casting bursts at the start of the domain is clumsy. This is since, when enemies are not present, the burst drops randomly in any direction. When enemies are present on the field, the skill and burst lock on the nearest enemy. Instead, if the attack locks in which the character is facing it would be better. The most infuriating thing is when hitting enemies using a catalyst or a bow user from a long distance, without manually aiming a lot of shots, miss the enemy. Sometimes the auto-aiming doesn’t work at all and the skills/bursts hit in a random direction.

A gacha game is reliant on players wishing to obtain characters and weapons. Everyone enjoys the thrill of unlocking new characters and getting the chance to build and play with them. The weapon banner, on the other hand, only offers the players with weapons to unlock. It is only wished on by the whales (high spenders), trying to take their favorite characters to their limit, or the players in the endgame, who don’t have the need to unlock new characters.

The lack of popularity can be attributed to the wishing system on this banner being flawed. Players have no guarantees that they will receive the weapons of their choice, unlike the character wish which guarantees the featured 5-star character after 180 pulls no matter how unlucky you may get.

miHoYo has acknowledged the flaw in their system and has addressed it in the Inazuma patch by adding a slightly modified pity system (Epitomized Path) that guarantees the weapon of choice if we do not obtain the same after two 5-star pulls. Although this change only helps the heavy spenders of this game, it is a step in the right direction. This system would get infinitely better, if this newly modified pity system gets carry-forward to subsequent banners, much like what happens on Character Banner. Furthermore, this pity system should be granted after not getting the preferred 5-star weapon once, but not twice.

The seemingly unimportant Crystal Flies are absolutely essential for all players in the game. The single reason being, that they are used to craft the Condensed Resin. Heavy spenders or free-to-play players need to craft Condensed Resin every single day to save time. Although the irony is that, we all need to invest time in collecting the ingredients to craft this very important item.

For mobile gamers, catching these swift butterflies is always a demanding task, amplified by the higher ping and challenging movement. Spending money in-game is done to boost game progress and save playing time. But even the spenders cannot purchase Crystal Cores. This is quite counter-intuitive and must be reworked somehow.

The feasible solutions to this problem are an option to purchase the Crystal Cores from the Paimon’s bargains shop in-game, using Stardust or Starglitter. Secondly, it is necessary to make the movements smoother so that the crystal flies do not escape from the reach of our characters. This can be done by introducing some consumable or non-consumable items on use, makes it so that the crystal flies don’t escape would certainly help, provided the ingredients for the same are relatively easier to procure.

This is not exactly a quality of life change, but getting a treasure compass to find different chests in the Chilly Dragonspine region will be much appreciated by the player base. Expecting this feature is not exactly a wild dream since we already have the same for Liyue and Mondstat region. miHoYo can implement this by either allowing us to use Mondstat’s treasure compass since technically Dragonspine is a part of Mondstat or creating an altogether new gadget for Dragonspine.

The quality of life changes that are mentioned in this wishlist is not any type of insane changes that cannot be implemented in Genshin Impact. These are not any highly ambitious changes which includes removing the resin cap. So here’s to hoping that one day we might see some of the changes from this wishlist.

What are your thoughts on the Quality of life changes in our Genshin Impact wishlist? Mention your thoughts in the comment section below! 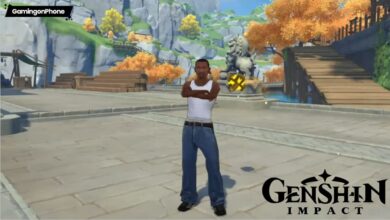 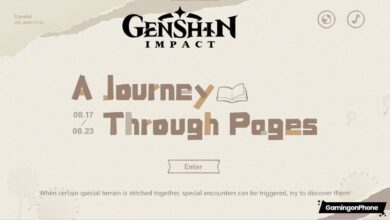 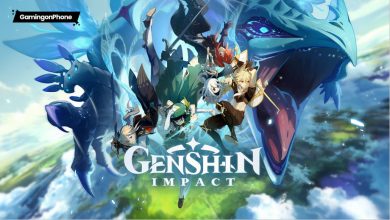 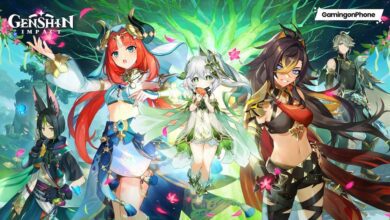