It’s not everyday mobile users get to experience the feel of a true adventure classic that is both graphical, open-world and unique. Also, at most times, such games are exclusively released for iOS users only. Fortunately, over the years we’ve had few console developers optimize certain games to mobile, most of which were high-end games. Mobile devices haven’t gotten a lot of acclaimed releases in 2020, although there’s one in particular which we’ve been keeping an eye on ever since it was announced, and that is, Sky: Children of the Light. From the award-winning game creators behind one of the best platformer games ever created, Journey and Flower.

From those creators now comes Sky: Children of the light. A groundbreaking adventure that will warm your heart like no other. After a successful release on console, Sky has finally arrived on mobile. The announcement of the game coming to mobile came as a surprise to a lot of mobile users as the developers are known to release their acclaimed games exclusively on console and PC only. Sky became the first game from its developers to arrive on mobile.

Overview of Sky: Children of the Light

Sky: Children of the light is an interesting social adventure game where players can roam around either on land or soar freely in the skies. Players can decide to fly solo or team up with other real players as well. Players are required to explore and roam around the resolute kingdom, spreading hope and try to return fallen stars to their respective constellations.

The game offers a realistic interface and character movements. The best and most interesting thing about the game is the ability for players to fly freely in the sky. It’s a unique, captivating experience on mobile, combined with a one of a kind soothing soundtrack that’ll leave you captivated. The award-winning game finally made its way to mobile devices, and you can enjoy it with your friends and loved ones as well.

Why you should try out the game

We could easily talk all day about why you should definitely try out Sky the game. It’s not for no reason that Sky won the best iPhone game 2019 award. Let’s take a look at a few of the most exciting features that Sky offers players:

The enchanting world of Sky will not only leave you gazing at the unique features it offers. Combined with an incredible world with fantastic locations. The game comes with different types of game modes as well as features. You can explore over six different beautiful, mythical realms and uncover the mystery behind each realm.

You can also come across other real-life players and enjoy real-time communication across the world. And as mentioned above, you can team up with friends and loved ones and travel into the darkest realms on several adventures in order to save spirits and uncover ancient treasures while you’re at it. You can also spare a few gifts to friends in order to build stronger friendships, also as a token of appreciation. The world of Sky: Children of the Light is ever-expanding, there’s no end to its adventures. As the popular saying goes, “Sky’s the limit”. But in this game, the limit is way beyond the skies.

If you love adventure, captivating soundtrack, unforgettable uniqueness, and insane graphics, then look no further than Sky: Children of the light. It’s not everyday mobile devices get to experience such incredible platformers on the palm of their hands.

Sky is available on both Google Play Store (for Android) and Apple App Store (for iOs). So, if your device is amongst the ones that support the game, you should definitely download it and enjoy arguably the best mobile adventure game of 2020.

Did you like this article? What are your thoughts on Sky: Children of the Light? Let us know in the comment section below! Also, check out more Adventure game articles here.

Tags
Sky Children of the Light 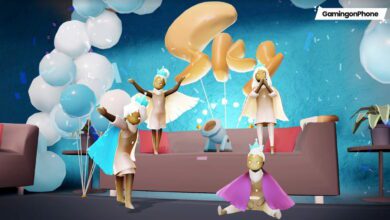 Sky: Children of the Light celebrates its 3rd anniversary with a brand new season 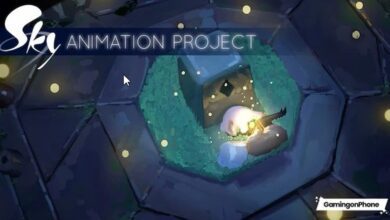 Sky: Children of the Light gets a special Animation project at AnimeJapan 2022 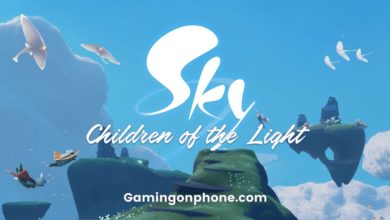