The lore of Free Fire Universe is quite a detailed one. Early players, veterans, and fans would know how Free Fire has been trying to build up a story involving all the playable characters since the day it was released. It’s this intertwined connection and bond shared by the characters that give the game a different aspect and flavor to excite the player base. One of the various aspects of Free Fire lore incorporates turning the storyline into an anime. Free Fire, itself, even decided to post a short video in context to the same concept and idea. Today, in this article, we will talk about what Free Fire could have been if it were an anime.

First, let’s see under what genre of anime Free Fire could fall. Later on, as we go further, we shall talk about what roles each of the characters could possibly play in the inspired world of an anime backdrop.

Free Fire is an action-based survivor game, so definitely its Anime adaption would fall under the ‘Shōnen’ category of animes. The term is also romanized as shonen or shounen, which are Japanese comics marketed towards teen males between the ages of 12 and 18. This age subset also aligns with the majority age group of Free Fire players. This anime genre involves a lot of various elements that could excite children, having lots of Action and Thriller, especially.

The Free Fire comic verse has already built up a strong storyline, and here we have explored how some of the characters would feel like in an anime backdrop.

Starting with the poster girl, Kelly is the cheekiest of all the characters in the game. She is a high school athlete and loves to run. In an anime world, she could probably be the protagonist for she’s got a charming and strong personality. Being a sprinter, she’s of course going to be goofing around in the fields and tracks.

Later in the anime, she realizes she’s got supernatural powers, and well, with powers comes the responsibility to protect your friends and lives. Overall, in the anime, she can be someone who runs half the time in excitement and thrills and the other half time in escaping dangers.

Maxim has been portrayed in the comic verse as the love interest of none other than Kelly! So, in the anime, we can have some elements of a high school romance growing between the pair. Maxim is a voracious speed eater and as such loves to stream while eating. This can also be used as a characteristic trait of the anime Maxim.

A power that can be given to him, later on, could be, a power to heal himself real quick depending upon how much he ate. This sounds funny, as it should be since he is a fun guy, after all, to look in the game!

Moco is a typical geek girl with a subtle difference! However, the difference is visible only to her friends and people close to her. She also happens to be a close friend of Kelly. Both seem to be hanging out a lot in the Vlogs and Update videos posted by Free Fire Official on YouTube. So considering that, in the anime, Moco could be someone whom Kelly hangs out a lot with.

As for a special power, she can have special droids that scan out any dangerous enemies within a certain radius carrying weapons. Personality-wise, she could seem like your everyday geek person unless you get to know her. Once she’s open and not stiff, she can just be like a sweet, friendly, and charming girl. Though, it’ll probably be a rarity to display that side of her in the anime.

Antonio is an infamous gangster. In the anime, he’ll start out as a bad guy, only to later realize his wrongdoings and in order to atone for the same, he’ll avenge the helpless and weak. He’s a man of strong willpower and caliber, sheer determination reflects in his eyes.

As such of his resilient character, he obliviously develops an insane power within himself that offers him more resistance against attacks right off the battle. Antonio might have been a bad guy, but deep down inside, his moral integrity filled with a vengeance is now rising to the top. He’s probably going to have a dark backdrop in the anime.

Hayato is a samurai and gives out such vibes in Free Fire as well. A legendary one at that, he hails from a Samurai family with rich historical heroism running through the bloodline. In the anime, he can probably end up as a Highschool kid, a seriously productive and mature teen, full of class and roughness blended in an equal manner. He wields a sword that has magical powers, but the catch is the sword hasn’t accepted him as its true owner.

His story in the anime can be all about developing the bond between him and the sword. Besides, he needs its power to accomplish a very secret task for which he’s ready to put his life on the line. His power is that, once the sword accepts him as the owner, it doesn’t just deal enormous damage to enemies but also protects Hayato with a forcefield against incoming attacks.

Miguel is a well-built soldier assigned to the Special Forces. In the comic verse, he hasn’t had a significant appearance yet but a very exclusive aspect of him was is periodically shown in the Official Free Fire event promos, for instance, the Free Fire Continental Series had an opening sequence where players across the world saw Miguel dancing with such insane energy!

In an anime backdrop, Miguel can be the silly but extremely skilled military man whose dark backstory about getting betrayed turns him into a person filled with subtle vengeance to the brim. However, he hardly reveals those memories to others or gets sentimental about the same. For a special power, he could have a skill he learned in the military that gives an extra boost to the physical attributes of the body!

Caroline belongs to a very rich household. She is 17 and has already amassed a huge fan following at her school and the place she lives in. She loves her father and her friends more than anything else. She might be wealthy but that hasn’t gotten her into living life the materialistic way.

In the anime, Caroline could be the gentle and very courteous rich girl who is contrastingly very down to earth! As for superpower, she can have a secret weapon passed down generations in her bloodline! A weapon that’s meant to protect her and has special spiritual powers when wielded by Caroline, this making her almost invincible in a battle despite being a Highschool girl! 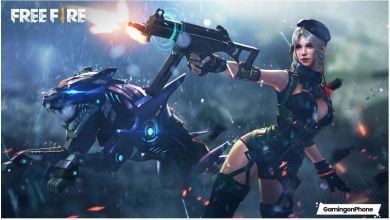