The dates of the Mobile Legends M4 World Championship are announced to be held from the 1st of January till the 15th of January, 2023. This would be the final event and World Championship of the 2022 competitive season. The best teams which would qualify for the tournament had participated and performed best in the competitions were held across the year 2022. It is the biggest and most awaited MLBB championship of this season.

The top 2 performing teams in the tournament which include the likes of MPLs and M4 qualifiers, would qualify for M4 World Championship. Like the MPL’s and M4 qualifiers held around the globe. MPL is held in the countries of Philippines, Indonesia, Malaysia, Singapore, Brazil and some other countries. M4 qualifiers might be held for Arabs and North America, as done in M3. RSG Philippines has almost sealed their spot for M4 after winning the Mobile Legends Southeast Asia Cup MSC 2022.

The first round of the tournament most probably would be the Group Stage. The 2nd stage would be the play-offs. The group toppers would be placed in the upper brackets and runner-ups in the lower brackets, which is similar to the format of the 3 previous Mobile Legends World Championships.

The champions for the Mobile Legends M3 Championship, Blacklist International have opted for Estes but the skin is yet to be released.

What are your thoughts on the dates of the Mobile Legends M4 World Championship, which has been announced? Let us know your opinions in the comments section below! 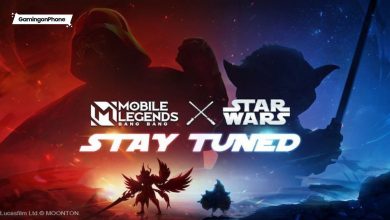