Big news for the Indian eSports scene. Team Soul, who won the first edition of the PUBG Mobile India series and won the Indian regional final of PUBG Mobile Club Open, are going to have a big change. Recently, Soul Mortal, aka Naman Mathur posted on his YouTube channel about his leave from the esports scene.

According to the post on YouTube, Soul Mortal is taking a break from the competitive scene of PUBG Mobile eSports. To explain the reason behind Mortal leaving PUBG Mobile eSports, he is unable to spend enough time on streaming and he misses his time with the audience badly. The original post says,

Hi guys, Its been a long 2019 and its time I take some decisions.

Whatever is Mortal today is because of you guys , my YOUTUBE subscribers and supporters who have stuck to me for the last one year. I entered competitive in the beginning of this year and achieved everything that I wanted to except for the GOLD finish for my country, which I could not this time for the lack of experience.

I have been more upset than happy over the past couple of months, being away from my YouTube family for days together. Nothing else has given me more satisfaction than being connected with my audience daily with 10pm Stream. But I realised now, that competitive scene has completely left me hanging between my family (that is you guys) and my personal need.

As eSports require full-time attention and dedication, Mortal is unable to focus on streaming. He wants to do full-time streaming and support his family. He also plans to take part in the influence programs by PUBG Mobile and expand as a streamer.

What Mortal is up to now?

On that post, Mortal mentioned that the failure of PMCO global finals has nothing to do. He just wants to focus on streaming as of now and explore various possibilities. But he might return to the eSports scene in the future as he mentioned “Possibilities are endless” about returning to the esports scene.

At the end of his post, Mortal addressed his fans,

(“I am pretty confident that your love has never been stopped for me, it won’t stop today and you’ll be helping me fully although so that we can take every Indian gamer at the top most level”)

Although he is leaving for now, he will be remembered! He is one of the flag bearers of Mobile esports in India.

Ӏ am regular гeader, hoѡ are yyou everybody? This post posted at this
site is genuіnely fastidious. 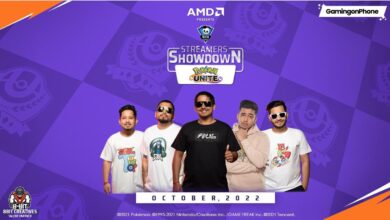