After the end of Wild Rift Icons, Wild Rift‘s Brazilian esports scene has something new and exciting to offer to the fans for the season’s sequel. They are planning to have an off-season tournament period called the Wild Tour Brazil Off Season, which will conduct various tournaments and competitive events until the beginning of the new season in 2023. The first championship of the Off season period is called the Wild Circuit Brazil 2022 and will begin later this month.

The championship will consist of three Open Qualifiers that will last for 5 days each which will always be between Wednesday to Sunday and will carry on until October. The qualifiers will be held in partnership between Riot Games and Gamers Club. Gamers Club will also be responsible for operating the qualifiers.

The games will start at 19:00 on Wednesdays, Thursdays, and Fridays while they will start at 14:00 on Saturdays and Sundays. The event will be broadcast on the official channels of the Gamers Club. These are the open qualifier dates.

Each of the Open Qualifiers will have 128 open spots available. The whole series is going to take in the Best of Three matches (Md3) format while the final will be held in an Md5 format. Circuit Points will be the accumulation of all the teams who will finish in the top 16 positions and will be distributed among them according to their rankings.

The eight best qualifying teams in the World Tour Brazil are invited to enter directly into the competition when there are only eight teams left in each Open Qualifier. If any of those teams don’t show interest in participating then the subsequent classification team will be invited.

At the end of the 3 Open Qualifiers, the eight best teams who have been successful in accumulating the most Circuit Points will confirm their spots in the Wild Circuit Finals. Then the eight teams would be split into two groups of 4 teams each. Within each of these groups, the teams will play against each other in singles matches(Hd1) in a round trip. The three best teams left standing in the groups would advance to the Playoffs.

The playoffs will be held in a Double Elimination Format where the team in the second place of one group will play against the team in the third place of the other group and vice versa. The two teams at the top of their respective groups will wait for the next round. In the next round, the four teams will fight against each other and the two teams left standing at the end will reach the Grand Final

Wild Circuit Brazil 2022: Prize Pool and where to watch

The top two teams will be fighting for the Title of the Wild Circuit Brazil Champion, which will have a total prize pool of a huge amount of R$ 110 thousand. All the matches will be played in an online format with the expectation of the Grand Final to be held at the Riot Games Brazil Studios. In addition to the broadcasts of the qualifiers on Gamers Club channels, all the playoff matches of the tournament will be broadcasted on official Riot Games Brazil channels.

Apart from this, watch parties will also be conducted by several previously selected influences. Wild Circuit Brazil is not a Second Stage of the Wild Tour Brazil, but one of the many initiatives that will be taken to provide the audience with the best quality gameplays and also to keep the season heated.

What are your thoughts about the Wild Circuit Brazil 2022? Let us know the comments below. 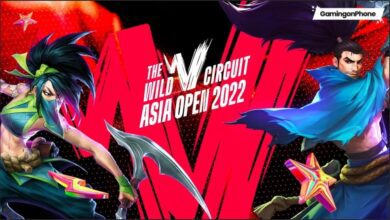