Riot Games announces its schedule for the 2021 League of Legends: Wild Rift tour in Brazil starting today (July 9). This tournament will include open and final stages. The winner from the final stage will represent Brazil at the Wild Rift World Cup.

Each qualifying stage will have a total prize of 20K Brazilian Real (around $3800), which will be distributed among the top four teams. Each open tournament will be held for four days. Following will be the qualifiers dates and their respective enrollment dates:

Where to watch the Wild Rift Brazil Tour 2021

The Wild Tour Brazil Finals 2021 will be broadcast by Riot Games on its official YouTube, Twitch, and Nimo TV channels. The qualifiers will be streamed exclusively on Nimo TV, whereas the semi-finals and finals will be broadcast on all streaming platforms. 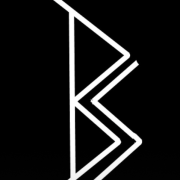