In 8 Ball Pool, there are around 150 Cues available, classified as Standard, Victory, Collection, and Country Cues. Cues are designed in different shapes and sizes with their own aesthetic design of color, size, and shape. Cues have four features, which help us to distinguish between them and also to rate which is good and which isn’t. The four features are Force (how hard to hit the ball), Aim (length of aim line), Spin (amount of spin given on ball), and Time (time required to aim and hit the ball). Here we’ll take a look at the best cues that you can get in 8 ball pool.

Excalibur is the legendary famous sword and therefore with no surprise, the cue is designed the same, as a sword or a cue word. The cue has 8 Force, 8 Aim, 7 Spin, 7 Time. If a single extra point would have given in time or spin, the cue would have made into the Top 5 of the lists.

The Thor Hammer Cue has the lightening effect in its design with stats like 8 Force, 7 Aim, 8 Spin and 8 Time. The less point stats towards the Aim made it difficult to land in the Top 5 cues, but that wouldn’t hurt much if you have skills and a good hand.

Plasma cue has 8 Force, 8 Aim, 7 Spin and 8 Time stats making it one of the best cues to have in the game. But the less stat to spin makes the cue to drop a little in the ranking. The Spin attribute is very essential in landing the pot ball in the desired place after hitting the ball.

This cue has its edge upon other cues due to its force points. Tthe cue has 9 Force, 7 Aim, 8 Spin and 9 Time stat points. The design of the cue is motivated by the Buddhist artifacts but the combination of the colour isn’t that attractive. But the features are definitely competitive giving it a place in the Top 10.

Atlantis Cue has that oceanic design effect in its look and surely has the stats to compete with the top cues. The less feature point to the Spin stat has pushed its rank to sixth but a player who isn’t using the spin feature would love to have this as the ultimate cue. The cue has 9 Force, 8 Aim, 7 Spin and 8 Time stat points.

The Firestorm cue looks amazing with the design motivated from the legendary Staff of Monkey and the fire effect. With 9 Force, 8 Aim, 8 Spin and 9 Time stats, Firestorm cue easily enters the top 5 of the lists. The high time stat is very helpful during the crisp moment in a game, giving you the advantage of extra time to analyse your aim and shot.

One of the best designed cues in the game, the Valkyrie cue has 8 Force point, 9 Aim and Spin point and 8 Time points. The cue is very popular in the 8 Ball pool community for its design and the competitive stat points.

The Top 3 cues in the list are almost equally good as compared to each other and it is the personal preference of a player to choose the best for him/her. We have rated them preferring the Aim feature and the Time feature of the cues. And the only difference would be the single stat point to any particular feature.

Galaxy Cue is one of the cues that can bought with cash in 8 Ball Pool and one of the costly cues with black hole cue being the other costly one. The cue has 9 Force, 8 Aim, 9 Spin and 8 Time. The spin stat is amazing with 9 points. So a player depending on the spin feature would love to use the Galaxy cue in the tournaments.

Archangel cue is often considered as the best cue in the game. The cue has 9 Force point, 9 Aim, 8 Spin, 8 Time as stats. The cue is very rare to drop from the legendary boxes and unlocking it is quite difficult. The golden colour on the cue reflects the heavenly effect on the look of the cue.

Archon cue with the full 10 point of Force stat with the combination of 9 Spin point is the best cue in 8 Ball pool game. The design itself reflects the poised and sophisticated image of the cue. Getting the cue unlocked is one of the best moments in the game. The cue has 10 Force, 8 Aim, 9 Spin and 8 Time. 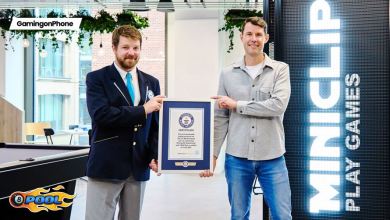 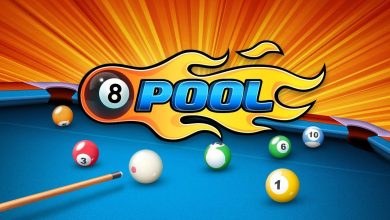 8 Ball Pool Guide: Tips and Tricks to improve your game