Bloons TD Battles 2, also known as Battles 2 or BTDB2, is a competitive tower defense game developed and published by Ninja Kiwi on November 30, 2021, for Steam and mobile devices. In Bloons TD Battles 2, Tower Exp for a new player is to quickly get the top-performing T3 updates as soon as possible. The purpose of this post is to help players to the milestone of reaching the stage of the game where the best level 3 upgrades can be unlocked.

Tower Exp and its usage in Bloons TD Battles 2

Tower XP are experience points for towers. They are separate for each tower. In Bloons TD Battles 2, players start at 2nd tier for all towers, but all upgrades at least level 3 must be unlocked with XP.  In contrast to Bloons TD Battles 1, which only unlocks upgrades by level, each upgrade has its XP requirements, and this exclusive exp is not usable for any other types of towers. Each tower purchased starts with 150 XP.

Each time a game ends, the Tower XP rewarded is divided equally by the percentage. As the rounds progress, more XP is earned. Winning generates roughly 100% more XP than losing. As a general rule of thumb, players get at least 200 Tower XP for wins and 100 Tower XP for losses that increase with the final rounds, and an average of 500 XP for wins and 250 XP for mid-game losses are XP and 400 XP for wins and losses at the end of the game.

A formula is not yet known, but for now, this is just the general rule of thumb. this is further divided by your usage of the tower in the game, and the money spent on the 3 different towers- the more money you spend on one tower, the more exp that tower will receive at the end of the battle. For now, there are few methods to earn tower exp effectively- aside from watching ads and buying the VIP for the Exp multiplier.

Win more often and try to play shorter games if possible. Pick a strategy that works and stick to it for your games that will produce the best results for specialization, or vary strategies constantly to earn even more EXP.  Selecting the required tower types is way better than going for all 3 types, not only because the display of all tower types immediately reveals your equipment to the opponent, but it also selectively chooses towers to apply EXP.

For example, if you have been using tack shooter in the game for many rounds, that tower will receive more exp points. Most importantly, Hero EXP is completely independent of Tower EXP and therefore cannot “steal” Tower EXP, so using a hero is still key.

It is also possible to quit early in Bloons TD battles 2 Tower to get EXP faster, but this is often viewed as impolite and unfair. But if you don’t care about it, it is a pretty decent viable strat in the early game! You can use 2 ways to maximize the exp gains- one way is to surrender to lose trophies, which will de-rank you to the lowest tier, where willing will be much easier.

As winning will provide more Exp, make sure to use the tower you want the Exp for most. This will ensure that you secure wins and maximum tower Exp for the towers you want to unlock first.

The third way also asks you to quit battles- but it tries to ensure that you earn some exp consistently, for every match you play! The trick is to just enter the mid-game to increase the exp gain and then quit. Always use to the er that you want the exp for most. This will ensure that even after losing, you gain some exp for every match, and will ensure a stabler exp gain to unlock the higher tiers.

The drawback will be that this strat is a little more time-consuming- and will require you to play every game till around 4 to maximize the Exp gains!

All of the above-mentioned methods are not any kind of bug exploits, so, they may be presented as a viable strategy to gain tower Exp in a faster way. Just remember, that you are just doing this to unlock tiers, and remember to play the game as it was meant to play!

Want to share your experience of Bloons TD battles 2 with Tower Exp points? Let us know in the comments section below! 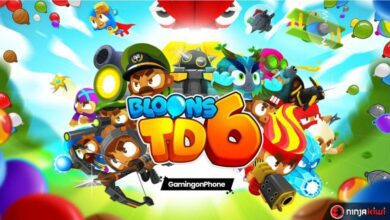 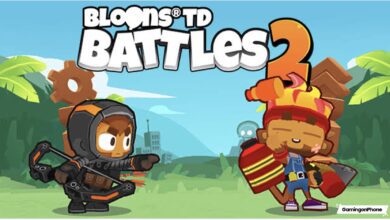