What is the “mid-game” in Empires & Puzzles?

For the purposes of this guide, we’re assuming the mid-game in Empires & Puzzles is (approximately) anything between Stronghold level 10 and 20. You should be starting to obtain some Epic heroes, and maybe the occasional Legendary – probably more if you aren’t F2P.

Tips & Tricks to master the mid-game in Empires & Puzzles

These tips will be mostly focussed around the Base Building aspect of the game, as this is the main portion of the game that will propel you into the late-game.

Make sure you are always constructing something

First and foremost, you’re reaching the point of the game where Building Upgrades can take 12+ hours. This means you should always have a building under construction, especially while you’re asleep. You can see how long Buildings take to Upgrade before committing to the Upgrade. If an Upgrade would finish several hours before you wake up, consider constructing something else that will finish while you are awake. This requires careful management of your Iron resource and could make it worth prioritising upgrades for Mines and Iron Storage.

While constant construction is the best thing you can do to advance your Base efficiently; some Building levels are worth prioritising:

In our Beginners Guide, we mentioned that TC1 and TC2 are the most efficient use of resources for training fodder. This is still true in the mid-game of Empires & Puzzles, and will be even into the late-game. Once you reach TC10 and above, there are a couple of inventive ways you can use your Training Camps.

TC11 is the single most efficient in terms of resources – requiring very little Food and only 2 Recruits. It’s a good idea to Upgrade all your Training Camps to TC11 so you’re always producing Heroes, even while asleep. You can also use TC11 to store Recruits for later use, as 500 Food per Recruit is incredibly efficient.

By “store for later use”, we mean spend excess resource (in this case Recruits) in one camp which you can pull out later when needed.

TC10, TC12, and TC13 can also be used to store Food and Recruits due to their long training times. It’s worth having 1 Training Camp constantly training heroes at one of these levels (until you reach TC20) as it gives you semi-reliable access to Rare and Epic heroes.

You can ignore TC14-18 as these are simply less efficient than the non-element specific levels. You will almost certainly have several Rare Heroes of each element by now. Even if you don’t you will inevitably pick some up, so don’t waste your time on these inefficient trainings.

TC19 is very similar to TC1, but it costs more Food and fewer Recruits. It is also faster, so you can swap between TC1 and TC19 depending on what you can afford.

TC20 is the only place to get “free” Legendary Heroes, though it can only produce Season 1 Heroes. Season 1 Heroes are the weakest heroes (though any Legendry is really strong), so you’ll want to move onto Season 2/3 and Event Heroes when you can. Even so, TC20 is still a great way to store Food and Recruits, and is a strict upgrade to TC10/12/13.

By now you should have amassed a decent collection of Crafting materials and should be ready to mass-produce some items. Whilst we still maintain that stronger Heroes will always be better than good items, it doesn’t hurt to use both. When used correctly, good items can prop up weaker teams or push stronger teams to even higher limits. Knowing your Heroes will help in determining what items are most useful for you; but as Empires & Puzzles goes through regular calendar cycles, don’t be afraid to experiment.

We’re still discovering a lot about items! For now, we’ll summaries the main benefits we have found of each item type:

Usually, a Healer Hero is more effective than healing items, but if an Event forced your Team to exclude a Healer then they can be very useful. Otherwise, these are very straightforward, and the more healing the potion provides the better.

We’ve been experimenting with Mana Potions recently. Mana Potions shine when your team is built around a combo requiring specific heroes Special Skills. We’ve also found that if you have a Healer in your team, they are often more effective than Healing Potions. Though obviously they are only useful while the right Heroes are alive.

An absolute must versus most Titans. Antidotes shine against debuff-heavy enemies, and it’s a real shame you can’t take them into Raid battles. We’ve found Antidotes particularly useful when taking a damage heavy team against a Boss who gives miss-chance. Nothing stalls your team like missing a big Special Skill, so take some Antidotes and make sure that Boss knows what hit it!

We use Attack Items liberally and often. Perhaps the most obviously impactful item, doing damage to your enemies is what Empires & Puzzles is all about. A burst of damage from a well-timed Attack Item can swing the course of a battle. Eliminating an enemy just before their Special Skill or before they are healed is the dream scenario for Attack Items. In battles where other items just aren’t doing enough under the enemy’s raw damage, we find Attack Items incredibly useful. We’ll often take several Attack Items to fights where the recommended Team Power is 10-20% higher than my team, and still come out on top by simply having several thousand damage ready in items.

Note: This is not an efficient use of items, but when fighting battles with much tougher opponents, efficiency is not the goal.

Banners are definitely our least used item. Theoretically, Banners are very strong, but only if you don’t have a Hero who provides the same buff. Item buffs/debuffs are almost always weaker than Hero buffs/debuffs, making Banners less useful if you have a status applying Hero. Banners are most effective when you have a team which aims to outlast your enemies but are lacking a specific type of buff.

For example, if you are a damage-heavy team but lack an Attack buff, Bear Banners are quite useful. Likewise, if you have a sustain-based team but lack Defence buffs, Turtle Banners will do the trick.

Resurrection Scrolls are very hit and miss type. For starters, you get fewer of them than you do most items, only 1 Miracle scroll for example. They’re also only useful in a few very specific scenarios:

When you’ve nearly maxed out your Forge, you get access to a couple of unique items, Time Stop and Tornado. These don’t quite fit into any of the previous categories and have unique effects – at least until you access the Hunters Lodge. They are both highly-effective items in top-end fights but need to be used sparingly since they’re very expensive to craft.

Time Stop is most useful during Boss fights to delay any hard-hitting effects from said Bosses. Boss fights are usually the only part of a battle which really matters, and a well-placed Time Stop during one can make all the difference.

As the first Advanced Building you gain access to in Empires & Puzzles, the Barracks can feel very important. The truth is, you only need to Upgrade your Barracks once you have multiple Troops at their current max level because it takes such a long time to upgrade troops at higher levels.

As Troops don’t get exhausted during War, they are incredibly valuable to level up as much as possible. You only need 1 or 2 high-level Troops of each colour, though it is worth keeping some lower-level Troops around for use in Raid Tournaments. Whilst you don’t need to prioritise it, it is worth remembering to Upgrade your Barracks from time to time.

Final thoughts on the mid-game in Empires & Puzzles

These are all the tips and tricks to consider when building your Empire through the mid-game in Empires & Puzzles. The progression to late-game is achieved mostly through general improvements to your Empire. Specific Battle tactics can help, but these will be more important during the late-game when you have a range of strong Heroes at your disposal. Let us know in the comments if you have any other tips and tricks you’d like to share! There’s plenty more to discover in Empires & Puzzles, and we’ll be sure to include them in a later guide!

Did you find our Empires & Puzzles mid-game tips and tricks useful? Let us know in the comment section below! 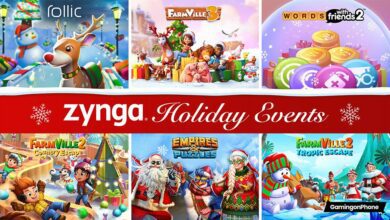 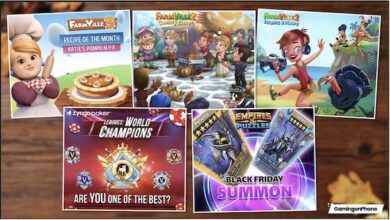 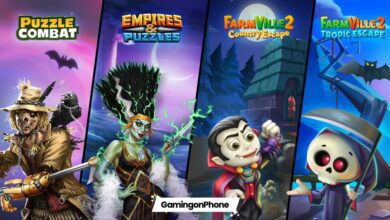 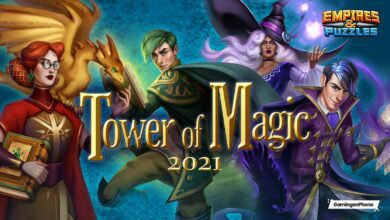