With the Formula 1 Grand Prix Season kicking off in F1 Clash, many players will find themselves actively preparing to participate in the various Grand Prix Events being held in-game on selected weekends. However, some players, including both new and veteran players, may find themselves confused about these racing events being held. In this guide, we will be looking into the various factors of these Grand Prix Events in the game of F1 Clash. The solutions are sure to give you a spot on the leaderboards!

These events in F1 Clash are a great way to earn huge rewards in-game. Grand Prix Events are held in F1 Clash for a span of 5 days. Players can now compete against other players from around the world to stand a chance at winning huge in-game prizes. Most of the time, such events will be held in sync with the official Formula 1 calendar.

Players participating in Grand Prix Events will have to go through a series of races within each round of the Grand Prix in order to fight for a spot in the next round! Prizes for the Grand Prix will only be won by players who make it to the Final Round of each Grand Prix.

Grand Prix Events: Where can they be accessed

Grand Prix events can be found by selecting the ‘Race’ button on the home screen of the game, where it will be located beside the “Duels” option. Players should note that there will not necessarily be an active Grand Prix Event to join every week in-game. Therefore, they should follow the game’s social networks to keep up to date with the latest news and announcements regarding the game.

Qualifying Round: Make the cut for the Opening Round

Only players participating in a Qualifying Round who place in the top 50% of players in their group will be able to proceed to the Opening Round of that particular Grand Prix. Should a player fail to qualify on a particular day, they do not need to worry as there are a total of 3 qualifying days running back to back from Wednesday up to Friday!

To secure a successful qualification, a player must win 5 races. Players will only need to qualify in any 1 of the 3 qualifying days to make the cut for the Opening Round.

Opening Round: Win 10 races on the same day

The Opening Round is held on the Saturday of each Grand Prix Event. Players who have previously qualified in the Qualifying Round will be able to make it to the Opening Round.

As usual, players will be placed into a group with other players, however, this time the size group will consist of more players, with more competitors and an increase in the number of races, 10 races must be won in the Opening Round instead of the initial 5 in the Qualifying Round.

Hang tight, you’re almost the Champion! Only the best of the best players will make it to this Final Round. Should a player make it to the Final Round, they have to be prepared to compete against stronger competitors, all fighting for the top spot of the Grand Prix.

Being able to get this far in a Grand Prix is no easy feat, every player who manages to reach the Final Round is guaranteed to receive a prize! However, players who rank higher on the leaderboard will receive better prizes than other players.

Players in the Final Round are required to play 10 races in this round which are the same as those of the Opening Round. This round will determine a player’s position on the leaderboards, which will ultimately affect the prizes they will receive. Players should give their very best in this round to strive for the top spots of each Grand Prix and receive the most amount of prizes.

Participating players who fail to finish, or forfeit a race they started will only obtain the minimum possible score of 3 points. These points play a big role in a player’s position on the leaderboard. Therefore, it is advised that players should only start races when they are confident that they can finish it as well.

Similar to the Duel’s game mode, players will score points based on the final positions of their two drivers in each race. These two points obtained from both drivers will be added together to give a player their total score for the race. Scores from each race will then accumulate throughout each round played in the Grand Prix Event.

Should you make it to the Final Round of a Grand Prix Event, the higher the amount of points you score, the higher up the leaderboard you will finish!

Players should note they will not be earning crates for winning Grand Prix Event races. However, the coins earned will count towards their Weekly League’s rank.

Players having the same score in a Grand Prix Event: What happens

Although it is incredibly rare for this to happen in a Grand Prix Event, two players on the leaderboard have the same total points. The tie will be resolved by the game by giving precedence to:

Therefore, the tie will be resolved and the player who has obtained a higher number of points over the other will be ranked higher in the Grand Prix Event’s leaderboard.

Player can win or lose flags from Grand Prix Event races: Yes or No

No, Flags are not used in Grand Prix Event races in F1 Clash. However, a player would still win or lose Coins like in the Duel’s game mode. Therefore, players should ensure that they have a sufficient amount of Coins before participating in any Grand Prix Event. This is because they will no longer be able to progress further in a Grand Prix Event if they are unable to pay for the entry or race fees at any point in time. This is unless they can obtain more Coins to pay the said fees before the round ends.

The last set of medals which a player has earned will automatically appear below their profile picture of the player profile, accessible from the home screen at the end of an Event. One player cannot earn more than one medal in any given event.

Medals will be awarded to players who have reached the following Grand Prix Event stages:

Additionally, each medal will have a different look depending on:

Therefore, players should actively participate in such Grand Prix Events regularly to keep earning such medals for their profiles.

Related – F1 Clash: 10 Best drivers that can lead you towards victory

Did you like our guide on the various Grand Prix events in F1 Clash? Let us know in the comments section below! 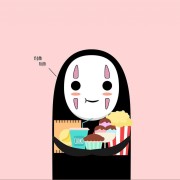 F1 Clash: 10 Best drivers that can lead you towards victory

F1 Manager is rebranded as F1 Clash with the new season