This Might & Magic: Chess Royale Tutorial will talk about every basic thing you should know when you’re playing the game. It is not a guide on what works best, but rather an extensive tutorial on the game in written form. This guide has been written with the 1.2.1 version. So let’s get started!

On the home screen, you only have a few options to choose from. The background shows an amazing artwork done by Marine Coiffard for Chess Royale.

In the bottom left is the Fight! button. Tapping it will start the matchmaking process and then throw you into a battle with 99 other players.

Top right is the community buttons for both Discord and Reddit. Tapping them will redirect you to their corresponding pages.

On the top left corner is your user profile. Showing your Avatar, Country Flag, Username and Rank. Tapping it will redirect you to the settings page.

Live News opens a window with the current news.

Spells of the Moment will show you the current spells you can buy from the Spells Shop (Image x).

Game Guide opens the window about available Units, the different Synergies and basic Instructions about the game. There you can see an overview and information about the units and the synergies. It’s recommended to check them out before playing to get an idea of what does what.

The Battlefield is where all the action is taking place. You’re being placed against your opponent, which is opposite of you. In the middle top bar is the Timer, displaying how many seconds you have left for either your preparation or the battle. On the left of that is your profile name, avatar and as well what spells and synergies you have active, displayed. In the top left corner is your current placement shown. On the other side of the timer is the same information about your enemy and next to that what the total time is. A burger button in the corner will open the settings options.

It’s recommended to study what kind of spells and synergies the enemy has and to adjust accordingly. For example, if they have an Assassin Synergy, be prepared for Assassins to jump into your back row and backstab your units.

You will be fighting on an 8×6 Battlefield against your enemy. The bottom half of the battlefield is where you’re going to place your units you will be buying from the Shop. The Shop icon is located in the bottom right-hand corner. When tapped you have a selection of five random units to choose from. Next to the shop icon is the number of Gold you have in your possession, the currency with which you’re buying units and spells.

The Spells Shop can only be opened once there are 99 Players or less. The spells are divided into three categories. Common, Rare and Legendary. Each category is available for purchase once you reach Top 99, Top 50 and Top 10. The spells are changing throughout the day, familiarise yourself with them on the home screen prior.

On the bottom left is your current Level. Your level dictates how many units can be placed on your board. The limit is at level 10 with 10 units. You can increase your level by buying XP for 2 Gold. The amount of XP needed for the next level up is shown on the circle with separators. You also earn XP after each battle.

Above the XP button, there is a speech bubble. It’s for quick chatting.

On the left side of your screen, there are buttons for what Synergies you have. It shows how many units are needed for the bonus. A button for what Spells you bought, at what level they are and how many turns are left. The last one shows information about the Damage your units make.

Synergies are a game mechanics in Might & Magic: Chess Royale. Each synergy has different requirements to fulfil and to gain bonuses.

Combine units of different synergies to make them stronger. Each unit has two types of synergy. A Harpy has Stronghold and Assassin, so when you get the bonus from both synergies, you can make her very strong against your enemies.

When you have the chance to buy your first dragon, do it and place your units around it. A dragon can boost up to 8 units surrounding it. The synergy’s description says, that you can only have one dragon, but only from the same type. So feel free to put two Hydras on the field to boost as many units as you can.

Positioning is important in this game. The game will suggest where to put your units. But once you learned the mechanics, you will know better than to follow the suggestions. The game prioritises units with more HP and usually suggests to put them in the middle of the board. Which is not always the best option for you, so study your matches.

Assassin units always jump at the start of the game to the farthest backline unit of your opponent, so plan ahead of where you want the fight to be.

It is recommended to put your toughest units, your tanks, at the frontline. They will act as a shield while your Damage Dealers are taking them out. When you notice your enemy has the Assassin Synergy, it is safe to assume they have at least two Assassins on the team. They will jump to your backline, protect it!

In this game, there are over a dozen different units to choose from, each with their own two synergies. Combining the right ones is important to form a great team and battle your enemy. When you open the shop you will get a lineup of five heroes to choose from. It is recommended to build up a synergy bonus instead of just choosing random units. To get a new lineup you need to refresh the store by paying one gold.

Below the hero lineup, you see what percentage you have to draw a specific rarity unit. By raising your level the percentages are changing and getting better.

You can merge three units of the same hero to upgrade them and add a star. The store and also the field will give you a visual when this is possible, as seen on Image 6.

Once the battle has concluded you have either won or lost it. You will be rewarded Gold and XP, irrelevant of the results. When you lost, you will lose one health point, you have a maximum of three.

After you have lost all of your HP or have won the whole match, you will be awarded trophies, or even deducted if you’re below rank 50. With trophies, you’re increasing your rank over time. At the current state, they do nothing besides giving you bragging rights.

Did you find this Might & Magic: Chess Royale Tutorial helpful? Did I miss something and should I add more to it? Let me know in the comments down below.

I’m glad it helped you out! If there is anything missing, let me know. 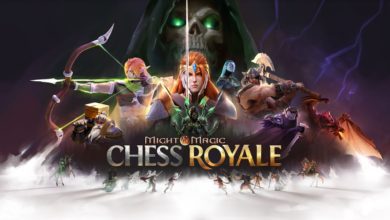 Might & Magic: Chess Royale update brings Heroes to the Battlefield 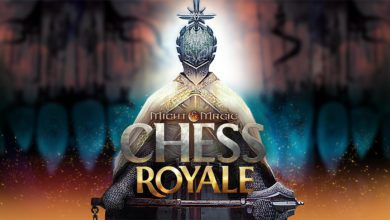