It’s impossible to have an MMA competition that’s worth watching and doesn’t have a good roster of fighters. MMA Manager 2 centers around using virtual fighters to dominate the competition and it goes without saying: having good fighters is essential. When recruiting new fighters for the gym, players are tasked with assigning a certain number of skill points amongst a list of fighter skills. Whilst it can be possible to train each skill later, distributing these skill points sets the foundations of the fighter. Understandably, this is quite a daunting menu since it can be difficult to pinpoint what exactly is worth prioritizing. In this MMA Manager 2 guide, we look at all the fighter skills, what they actually do in-game, and which ones to focus on first.

These skills are the core attacking ones for a fighter. Almost all of these skills are ways in which a fighter can get into good positions and control the match. It’s a good idea to focus more points in this section.

The Punch is a standard and reliable move that is very useful to have for any fighter. The “less-powerful” description is the only evident drawback, but with a bit of training, this can be worked on. Punches are quick and versatile, so it can be a good idea to invest more points here to increase that damage too.

This is the technique in which fighters get up close with their opponent. It limits the damage they inflict whilst opening space for their own attacks. Good clinch-work is very handy for those that generally play a defensive game, or want to have a defensive-minded fighter.

This is a very important skill to work on. At some point, there will be a takedown, whether the fighter initiates it, or has to defend against it. Ground grappling helps both in attack and defense, and it is an essential skill for some popular game plans too.

The submission is a way in which fighters can win by getting the opponent to tap out and forfeit. It is a very useful strategy to combat an opponent that may have powerful strikes or lots of HP.

Initially, takedowns serve as a way to bring the opposition to the ground. When combined with good ground grappling, takedowns allow the fighter to control a match by transitioning to submissions or Ground and Pound situations. At higher levels, the takedowns can deal more direct damage through impact as well.

These moves are described as “Specialized” in-game, and they are different attacks that a fighter can use to generally deal direct damage to their opponent. It’s best to pick one or two of these and only distribute points amongst them, as the others can be trained later. Having a couple of powerful specialized moves is arguably better than multiple slightly weaker moves.

The Elbows are both powerful and quite versatile, this is definitely one to consider. Knees are similar to the elbows and are another option to consider. Low kicks are especially fast, and powerful and can impact the opponent’s initiative for the rest of the round too. However, they are limited to just the Standing stance, so in terms of the game-plan, this move is a little limiting. High kicks are the proper “High risk, high reward” moves and can really go either way.

If it connects, they deal great damage but if they miss, they can negatively impact the fighters’ initiative, which basically leaves them vulnerable. On top of that, High Kicks are limited to just the Standing stance too. It’s probably best to avoid this one in most cases. The best-specialized attacks to look at when distributing points are Elbows, Knees, and Low Kicks. It is advised to pick just one or two from here for the skill points, then work on training the others later.

For example, kick defense is great against an opponent with a powerful kick, but not so useful against someone with a good takedown. The best strategy here is to be prepared for all the cases, by distributing an equal amount of points across each defensive skill.

Did you find our guide on the best fighter skills in MMA Manager 2 useful? Let us know in the comments below! 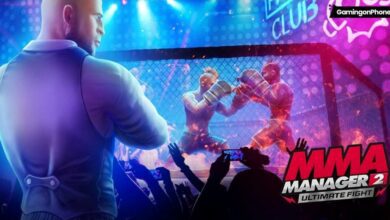 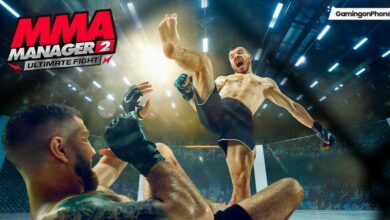