The seasons have changed and so have the players. The yearly Harvest event is now named the Seasons of Change is finally out in NBA Live Mobile 21. The event is divided into 3 factions: Moderate Change, Light Change and Major Change. Play Team Events and Blitz events to earn as many leaves and change emblems. Open chain packs to earn players that you can turn into sets to get up to 98 OVR Change Masters! Each faction has its own topper, all three toppers can then be exchanged for The Grand Master 100 Overall Kyrie Irving.

To Grind for this event’s Grand Master, players will have to complete milestones of all three changes. Though they can only select one season change from the free Change Select Pack. To ensure a 98 OVR Topper it will be necessary to play all the events of that particular Season Change, which in turn will result in Milestone Rewards.

Every Milestone Rewards Change Emblems, these Emblems can be spent on certain packs available in the Store. To start, players will have to select one of the players from the Change Select Pack. Each player represents a different season change. Players can select a player according to their favorite season change and its respective Topper.

Players can unlock the conference of their choice by selecting a card that belongs to the respective conference. Once chosen, the pack cannot be claimed again. A series of events will be unlocked after claiming the pack.

Though only one season change is to be selected, to grind for The Grand Master, players will have to play the events of all three Season Changes. This can be done by buying packs using emblems from the store, as in order to unlock a season change, an 87 OVR card belonging to that respective season change is required. Let’s see how players can grind every Season Change.

This series of events can be played only once in twenty-four hours. Every Season Change has its own three matchup Events. Each one of these events is divided into four Challenges, with rewards divided among the first and the last two challenges:

This Blitz Event of the particular chosen season has no limit and can be played as many times as possible while considering the stamina left. It will reward with 250 Leaf Points of the chosen Season Change and 15 Change Emblems.

These tokens can be used in sets to upgrade Grand Master Kyrie Irving to 102 Overall.

The following Sets are the same for all three Season Changes:

As per our calculations, the following sums up the chances for F2P Players. This math will be based on maximum Leaf points that can be earned from events and packs in 24 hours. First, you can buy packs from the store to increase your chances of a topper.

As the Blitz event has no limit, here we will add leaf points earned after playing the blitz event at least 5 times.

Additionally, remember Change Emblems are also a must! Here are the approximate emblems that can be earned in 24 hours. After playing the Season Change Festival maximum times, you can earn a maximum of roughly 5500 Change Emblems. You will also get a fair amount of coins precisely 31,250 Coins after playing all the events.

Note: The complete above strategy applies for all the three Season Changes, as the only difference between the three changes is the reward, that is Leaves earned and respective Season Change Token.

It is recommended to play The events that contain a limit as they reward more Leaf tokens and Change Emblems. Keep buying packs from the store! Buying packs that require change emblems will, which will help unlock other Season Change Events. Do keep an eye out for stamina as the total stamina required would be nearly equal to 1225. The stamina bar may need a recharge once in a while So keep a note of your stamina from time to time. Watch ads for 50 Stamina from time to time or your second choice would be to only play events that contain a limit.

Related – NBA Live Mobile 21: How to earn coins easily in the game

Please feel free to ask any questions in the comments section below, I’ll make sure to reply to everyone. Hope you find this NBA Live Mobile 21 Seasons of Change Event Guide useful. 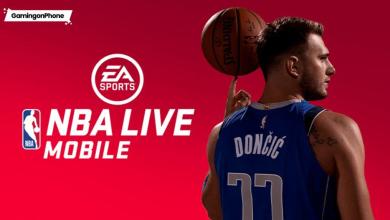 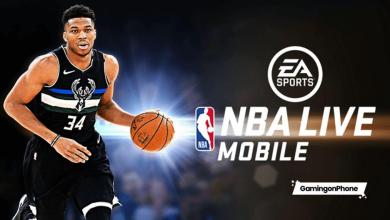 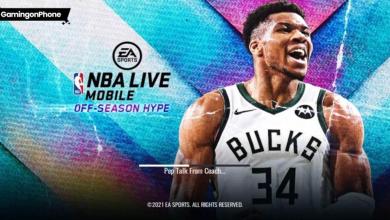