Rogue Agents is a new online multiplayer game for mobile which combines traditional competitive third-person shooting with fluid parkour-style movement. This unique combination has overwhelmed a lot of players, as shown on social media sites as well as in reviews on the Gooogle Play store/App store. In short, this is a game that is incredibly difficult to get a hang of, due to it being so fast-paced and accuracy-reliant. Here are a few tips and tricks which should guide you to adapt to this new and unique game environment in Rogue Agents.

1. Spend time tweaking your HUD to your needs

Fortunately, Midnight Games (the developers) have given users the ability to modify the on-screen HUD layout. You should spend some time moving bits around to your liking. Also, there are three options you can choose from for shooting control.

This game has some very unique movement mechanics which you should use to the fullest. Never in-game should you be standing still unless you are behind cover or on a ledge. Make sure to diversify your movement as well and make it as random as possible as this will put off enemies and make you a very difficult target.

3. Use the grenade effectively

Each player is given two grenades which are resupplied every time you respawn, don’t forget to use these wherever possible since it doesn’t cost you anything.

Like in other fast-paced shooters like COD Mobile, you have to tactically throw grenades by predicting the path your opponent is traveling in, getting them to walk into the grenade’s launch radius will guarantee a kill. Alternatively, you could throw all grenades into the air as soon as you acquire them, in the hope of one landing near an enemy, this may grab you some kills early on, but you may suffer from lack of explosives later on. Using your grenades efficiently in-game will guide you to more kills in Rogue Agents.

4. Stay away from the center

The central areas of the maps in Rogue Agents are generally open. Being in these parts of the map will leave your character vulnerable to enemies. This will lead to situations where you are completely surrounded by enemies from all sides and will most likely die there. Staying on the edges of the map means that one side of you is covered by the map wall, so its once less thing to worry about. In this position, it is much easier to scan the area in front of you and pick out enemies.

5. Never run straight into a gunfight

The time to kill for each gun is relatively quick, headshots greatly speed up this process. Running into a gunfight will mean that you will have multiple guns pointing at you and so you are much likely to die. As said previously you should stay towards the edges of the map so you can assess the situation easier. If you see a gunfight in front of you, you should sit back, watch the action, then clean up the mess after.

Alternatively, you could approach an enemy from behind, take them out, and then turn your attention to the other member of the gunfight. This method has a higher risk but you could potentially get two kills rather than just one. These decisions should be quickly made and well-adapted to the situation of the gunfight.

Currently, there is no option to change guns in-game so you should plan for all situations beforehand. Avoid the sniper at all costs since automatic weapons are the ones that will help the most. For your secondary weapon, the basic pistol is well balanced, the other ones you will have to try out yourself since they are all good in there own way.

Remember to use attachments, you can have two actives per gun. We personally use the holographic sight and the laser which boosts accuracy and reduces recoil. Combine this with a fast-rising or high damage weapon, to get the most out of your primary class.

We hope that you will find this Rogue Agents Guide useful. For more Mobile Gaming news and guides, join our WhatsApp group or Discord server. Also, follow us on Instagram and Twitter for quick updates. Also, feel free to join the discussion at our Subreddit. 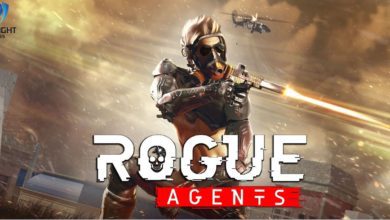