Footballers without a contract with another club are considered free agents. These players are always available throughout the season and there are no transfer negotiations involved when signing them – since obviously, there is nobody to negotiate with. It’s often difficult to find quality in the Free Agents list, as the competition is usually high for these players. However, throughout the season, there may well be some decent names hanging around in this list, and some of them may be worth offering contracts to. So we’ve compiled a list of the ‘Top 10 Free Agents‘ of Soccer Manager 2022.

As the manager in Soccer Manager 2022, players have the responsibility to lead the team forward and bolster the squad where possible. The Free Agents list is a great place to get some new additions, as described above. Most of the players will be quite old and experienced, useful for quick, short-term fixes. Below is a list of 10 to look out for from the start of the game.

Bakambu is one of the higher-rated free agents available straight from the start of the save. Despite being 30 years old, he still has some decent stats as shown above. Naturally, Bakambu is a great fit for the lone target man role, with his strength, aerial ability, and finishing. There are still a few years left of his career, which makes Bakambu a pretty decent fit, in case the squad gets hit with long-standing injuries.

The former Arsenal man was dubbed one of the most promising youngsters of the decade, but a deadly injury was a huge let-down for Wilshere. He’s now 29, and currently out of contract, but despite that, he’d make out to be a decent addition to relevant sides. Although injury-prone, Wilshere’s technical ability is still decent, but the key standout is the work rate. Coming in at 87, Wilshere will do his best according to the role he’s set, which can be a very useful trait to have.

Kwadwo Asamoah was on the Free Agents list a while back, and he’s available again this season too. Primarily a left wing-back, the Ghanian can operate further up in midfield as well. Now 32, it’s likely he’ll be looking to hang up his boots sometime soon, however, he still has very good natural fitness. Stamina and strength of 88 each are quite brilliant, although his technical ability has depleted. Nevertheless, he’s got boatloads of experience with him and would be a very useful squad player.

Youngsters in the Free Agents list aren’t common, but here’s a decent one. Abedini is 22 years of age with a pretty long career ahead of him. His 1 million transfer value suggests he may not have the best potential, but despite that, his youth stature makes him a good squad player. His key attribute stands out in the screenshot above – the 84 strength at a young age speaks for itself. Abedini can cover any of the 3 midfield positions and has pretty balanced technical stats as well.

As the youngest Free Agent on this list, Sitti is aged 21 with an overall rating of 56. He may not have the best potential, but since he’s at the start of his career, he’d make a good squad player regardless. Sitti is primarily a no-nonsense defensive midfielder with especially high aggression and decent stamina. For the relevant sides, this is a great short-term fix for leaking defenses, who’d work well in the holding midfielder role.

Sarsanedas is a similar profile to the previous player in this list, Melvin Sitti. The Spaniard is quite young at 24 and operates primarily as a holding midfielder with good defensive attributes. He’s more fit for lower-ranked teams due to his low overall rating but can offer good squad depth where necessary. Sarsanedas has a strong leadership stat which can help pull the team together. That’s a useful quality to have for any player, but especially useful when combined with young age as well.

Goalkeeper injuries have the capacity to be the most damaging to the squad since most teams only have 2/3 at most. The Free Agents list has a couple of players in this position, but there aren’t many high-rated ones. Yoan Cardinale is one of the top-end options at the start of the SM22 save, and whilst his abilities aren’t quite as flashy, they’re good enough to qualify for a stand-in. At 27 years of age, the Frenchman does still have a few years of football left in him too.

The idea of no-nonsense defenders seems to be edging towards obsolescence in modern-day football, but some of these players are still of use to some tactics. Marcelo Djalo is a good example of this kind of profile – strength, aggression, and solid defending. He’s not great for detailed tactical football, but if the defense starts to look leaky, Djalo could be a quick and easy fix on a free transfer.

Jordan Ibe is the standard profile for a simple winger, with a good pace and decent creativity. His high work rate helps his case as well, making him a decent backup player. At 25 years old, Ibe is slowly approaching his prime years, which he isn’t far off ability-wise. All in all, he’s one of the better wingers on the Free Agents list and would be a reliable squad asset for relevant sides.

Timm Klose is another old-fashioned, no-nonsense center-back, with strong physical and defensive stats. He has got a great work rate, as well as a bit of decent leadership too, which is handy especially for defenders, where there is a lot of organising to do. As an extra benefit, Klose has good aerial ability, which when coupled with his height, makes him quite dangerous for corners. He is 33 years old, and will definitely be considering retirement soon, but nonetheless, he’s a decent short-term transfer if needed.

Liked our article? Check our below suggestions on youth players and make your dream team in Soccer Manager 2022 now!

Did you find our guide on the Top 10 Free Agents of Soccer Manager 2022 helpful? Do let us know in the comments section below! 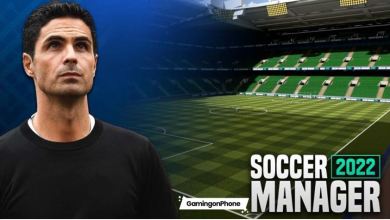