Google Play Pass gives you a lot of choices for ad-free, IAP-free games. Some of them are very good. Just don’t get too attached. The new Google “Play Pass” subscription service provides access to the best games without in-app purchases or advertisements for $1.99 a month for the first 12 months.

The Google Play Pass includes some big-name ports that I’ve left off the list. Some games are fantastic games, but not necessarily fantastic mobile games. For example, while you should absolutely play Knights of the Old Republic, you should probably play it with a large enough screen to actually read the story. If you have access to a large screen device, a Bluetooth controller, or both, your options will expand, but here I’ve listed ten games that merit a shot on your phone.

Okay, yes, this is not technically a game, but let’s start by noting that Play Pass includes a lot of apps. As with the games, there’s plenty here that I can see using, even if I would never buy. There are photo tools, white noise generators, and premium weather apps. And, best of all, 3D Anatomy, an app with an ugly UI that does what it does very well: allow you to peel away every muscle and bone to confront the horror that lives beneath your skin.

Fancy a visually impressive, atmospheric puzzle-platformer with sudden moments of ultraviolence against a child? Perhaps not, but Limbo deserves a spot on the list because of its raw excellence. It accomplishes a rare cohesion of theme, art, and gameplay, and even people who would not normally lean toward this type of game should give it a play. The mobile controls are, surprisingly, just fine. The game is immensely difficult, but not because it requires fine control. It may trick you into thinking that you need to time a jump just right, but that is usually a red herring. If you know what needs to happen, the mobile controls are forgiving enough to let you do it.

You recognize this title for a reason. Stardew Valley triumphs by walking fine lines in a way that no other crafting-farming-RPG does. It stays on the right side of saccharine and sentiment, grind and comfort, maturity and whimsy. Adding to this triumph, it has also survived the port to mobile. With pinch-to-zoom and some concessions like auto-attack, the underlying gameplay and story come through relatively unscathed. I would still hesitate if I had a screen smaller than 6 inches, though.

One of the modern classics of mobile gaming for a reason, Polytopia delivers a quick fix of Civilization-style 4X play with a bright, easy-to-use interface, easy controls, and just enough depth to remain interesting. As far as 4X games go, it’s fairly casual, but it’s a worthwhile tradeoff to digging through layers of submenus and graphs on a mobile screen.

Like Polytopia, Pocket City takes a well-worn genre—here, the city builder—and does a very proficient job translating it to mobile gaming. Pocket City is basically SimCity 2000 but easier because of water and electric travel along with your roads. The controls are a delight, and it is highly recommended if you need to scratch your city-building itch.

For some reason, Play Pass has a lot of storybook games. Among all the options, 80 Days is the best for two reasons. First, its story creates genuinely interesting, complex characters. The player gets to develop those characters. You play Passepartout, valet to a mad rich man who would traverse the globe in 80 days. He is the readers’ proxy, like Watson to Sherlock Holmes. But Passepartout can become a different type of man depending on the character’s choices, all the while serving his narrative purpose and remaining a down-to-earth everyman. Second, the nominal challenge of getting around the world in 80 days is not that hard. Unlike most similar games, 80 Days does not require a singular focus on battering down one obstacle to get to the next predictable checkpoint. Once you have made the trip once, the game leaves plenty of stories to tempt you to return.

This is a point-and-click adventure game along the familiar lines of King’s Quest or Day of the Tentacle. It usefully evolves the genre. It solves many of the annoyances common to adventure games, such as by providing a mechanic to highlight “hot points” rather than becoming a Where’s Waldo hidden-object slog. Also, it’s actually funny. Not a single joke appears to have been taken from either Monty Python or the darkest depths of a 4chan meme board. You play Mulder and Scully lookalikes who first encounter each other over a dead body. Each character brings their own mysterious backstory, and they reluctantly partner together to begin solving the mystery of the corpse. The controls are intuitive and the scenes are easy to see and interact with on a small display. Even if you wouldn’t normally play an adventure game, I recommend you try this one.

Another title that you probably recognize, and for good reason. This game uses a flat, geometric art style that ties into the mechanics of the game. Each level is a small map, and you must guide the protagonist from the beginning to the end. You do so by manipulating the geometric environment, using pieces of the terrain as both 3D and 2D objects at once. The game is clever, and, more importantly, it lets you feel clever by playing it.

I hate monkeys because they are living embodiments of the uncanny valley, animals so close to humans that their existence is a mockery. As animals, they are simply upsetting. The game uses a very monkey-like creature as its feature art. This is my favorite RPG-themed card game to date, and I anticipate spending many hours on it. No single aspect or mechanic makes it stand out from other deckbuilding and deck-management games. The core loop, however, is sublime. You work through bite-size tactical chunks of playing through three dealt cards; that hurdle achieved, you receive three more cards and must parlay your survival through the entire deck. Higher-level strategies allow you to feed your utility cards to a hungry shop-box in exchange for currency that you use to buy more cards and advance.

This is the game. Or, to put it another way, Hoplite is Game. It is a realization of the Platonic ideal of the video game qua video game. It distils the fundamentals that undergird pretty much every game to one degree or another. Tactical positioning, strategic development, resource management, random chance, and story: Hoplite presents these in a pure, immediate, and yet complete form. Other games certainly attempt to strip gaming mechanics to elegant minimalism, but the result is almost always disappointing. Too often, too much is taken away. Hoplite stops just short, removing all unnecessary ornament and extraneous mediation, yet without making you feel that anything has been lost. If you enjoy games of any sort, you should absolutely give Hoplite some time.

Google may need to work through a few bugs. I was enjoying the casual physics-jumper Mars: Mars until a full-screen video ad interrupted my game. Not great, obviously. I was also stuck on the Google Play login for many games and could continue only by backing out of the login.

So what do you think about the best games available in Google Play Pass? Let us know in the comments below.

If you found this article (Top 10 Best games in Google Play Pass) helpful, make sure to join GamingonPhone on Discord for more Mobile Gaming related stuff. 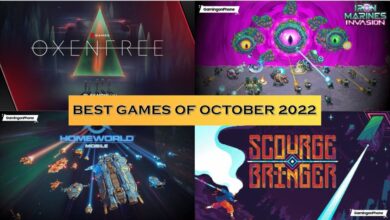