UK-based Globant announced its Metaverse Awareness Survey, conducted by YouGov, which reveals U.S. gamers’ thoughts, attitudes, and opinions on the metaverse. The survey was conducted in May 2022 and included responses from 1000 adult PC, console, and/or mobile gamers in the United States.

According to Nicolas Avila, Chief Technology Officer for North America at Globant, “Through this survey, we see that although the development of the metaverse is still in its early stages, U.S. gamers already see the technology as capable of expanding the realm of possibility in gaming,“

As per the survey, 35 percent of respondents said they were comfortable with advertising in a metaverse space, while 25 percent were undecided, and 40% were uncomfortable with the advertisement being run on the metaverse. When surveyed specifically about the tracking of the eye-and-head movements, nearly half (46 percent) of respondents reported they would feel uncomfortable with these measurements. Though 44 percent mentioned accepting advertising it, they would only do it if it translates into receiving free access to apps, games, and places within the game.

The results can be termed encouraging for games based on a play-to-earn model in metaverse gaming. As 40 percent of gamers surveyed would like a mix of playing and earning in the metaverse, while 11 percent are more interested in earning than gaming. The rest 49 percent were more interested in gaming. This clearly shows that over half of gamers see the value of a play-to-earn model.

This can also be interpreted as an indicator of the potential of real-money gaming in the metaverse with the introduction of virtual reality gaming platforms, such as VR casinos. Virtual reality casinos are essentially digital replicas of real-world casinos that offer a totally immersive experience, replete with interactive games, realistic gaming activities, and social gaming elements that raise the level of authenticity of online gaming.

Virtual reality casinos first surfaced in the 2010s, with only a few firms offering these experiences at the time. However, with the popularization of VR devices, virtual reality casinos have become a tangible phenomenon, with specialists expecting that this trend will expand into a large segment of the online entertainment business. Virtual reality casino experiences will definitely grow more as technology improves. The current trend among developers is to mimic traditional casinos, while future VR casinos are projected to offer a diverse range of settings and themes.

Nevertheless, while VR gaming isn’t a mainstream alternative, players can enjoy the immersiveness of online gaming through live games on iGaming platforms. These offerings provide an authentic experience, since they are managed and operated by professional hosts in real-time, and have been one of the hottest trends in digital entertainment in the past two years. “As knowledge of the metaverse and what it’s capable of becomes more common, we’re looking forward to seeing this sentiment spread to more people across industries,” said Nicolas Avila.

Metaverse really has a long way to go

The findings suggest that respondents are, for the most part, divided in their opinions regarding the metaverse and its potential to influence gaming. While these numbers are expected to shift as the metaverse grows, it could be crucial for companies to offer a variety of different experiences based on people’s interests and ensure that every product is valuable to different demographics.

Because only half of those surveyed indicated they would accept advertising within the metaverse in exchange for free access to games and services, a variety of subscription models might be helpful to subscribers.

Despite a huge buzz around metaverse, its core concept remains unstructured, and it will be explored and further defined in the future. Metaverse platforms are becoming increasingly popular, and there is a new informal standards forum, despite notable absences (for example, concerts are now available in Fortnite and PUBG Mobile).

Read our other articles on Metaverse here

What are your thoughts on the Metaverse Awareness Survey conducted by Globant and YouGov? Let us know in the comments below! 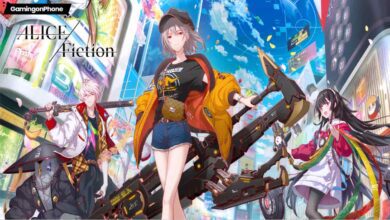 ALICE Fiction free codes and how to redeem them (September 2022) 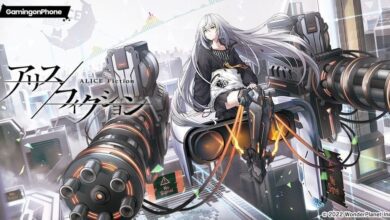 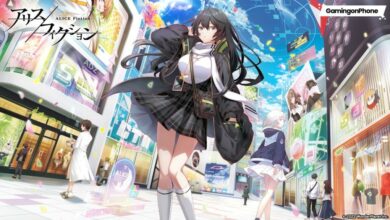