Marvel Super War will soon complete one month of soft-launch. Just one month in, and the meta has been established. Out of all the heroes currently available in-game, some are already OP while some feel under-whelming. So here is our Marvel Super War hero Tierlist for season 1 to help you understand the meta.

The tier list is based on my experience in the game, that is, I have formulated the tier list according to both my observations and other statistics. So just in case you do not agree on some points, feel free to comment below and we will have a meaningful discussion.

The game was updated a few days ago, and there were some nerfs and buffs. They were –

Before the update, everyone’s go-to Assassin and jungler was Spider-Man, and Cap dominated the Fighter class.

After the nerfs, there was a considerable decrease in the use of Spidey, and Assassins like Black Panther and Ghost became more popular. As for Fighters, Cap America is still a good choice, but heroes like Corvus Glaive and Captain Marvel are seeing a lot more usage.

Thor – The very first hero they buffed was Thor. He is probably one of the most balanced heroes in the game right now. His slight tweaks will help him to remain balanced and will help him to become a good asset in team fights.

War Machine – MSW devs were right in their FB post when they mentioned that WM is kind of weak right now. Compared to other great Marksmen like Rocket Raccoon and Angel, his attack damage output was very low, and he was strong only when he used his ultimate ability. So, they increased his main attack damage a little, along with decreasing the cooldown time of his ultimate. To conclude. I feel that Rhodey (War Machine’s real name) will gain relevance among the Marksmen because of these buffs.

Black Widow – Now, this is a buff which can prove to be OP. Not many use Black Widow at the moment because she is not anyone’s first choice to purchase in the shop. On top of that, she is an Assassin, and many Assassins except Black Panther are a bit difficult to master in this game. When she sees some play in the meta, we will update the tier list accordingly. Until then, we hope she does not prove to be as OP as Spidey was at first.

So, that’s it! That’s the tier list of Marvel Super War for season 1. It will be updated as soon as any changes are made or when any new heroes are added.

If you’re looking for more Marvel Super War, we’ve got you. If you’re in one of the soft-launch countries (India, Malaysia, Indonesia, Philippines, Thailand, and Singapore), you can download the game here (Android) and here (iOS). 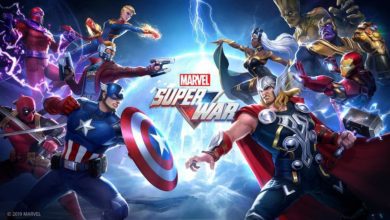 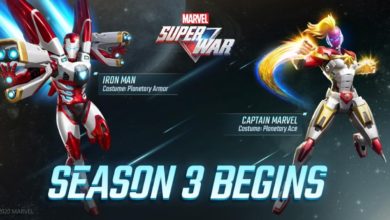 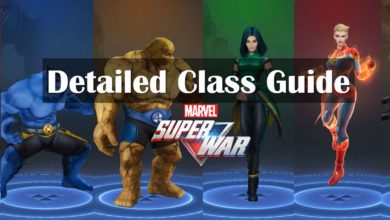