Since the start of the pandemic, people have been moved to gaming to keep in touch with their friends during the quarantine. Among Us was one of the first games to instantly rise to popularity, people quickly became fans of the game as it provided a serious yet funny game style, the no-violence combined with the tomato splash kill effect was loved by millions across the world. Now, the globally famous game is celebrating its 4th anniversary, and in the anniversary AMA, they have confirmed that Among Us will never have a sheriff role.

Among Us is an indie multiplayer game by Innersloth that rose to popularity last year. It features crewmates who complete tasks and Imposters who try to sabotage different people and kill crewmates. It had initially started with 10 players and 3 maps but the game has worked on its way to include many new additions.

A while ago, Among Us got new game modes (Hide and seek) and also had 2 new roles being added to the game, which were Sheriff and the doctor. The Sheriff role was first hinted at during the Summer Game Fest 2021 and was a part of the crewmate role but the abilities of the role were unknown as the developers had not released any information.

However, in the next update of Version 2022.11.9, the game saw new crewmate roles of Engineer and Guardian Angel being introduced to the game, but the Sheriff role was not implemented as a part of the new version, and there was no information from the developers about it as well.

Now, during the 4th-anniversary events, Among Us developers hosted an official AMA(ask me anything) session on their official subreddit. During the AMA session, one of the Among Us players asked a question to the developers in which they said “At Summer Game Fest 2021, you showcased in the roadmap trailer 2 new roles: the Sheriff and the Scientist. However, we never got the Sheriff’s role. Is that still coming or has it been scrapped?”

Replying to this an Among Us developer said “I.. do want to clarify something with Sheriff here. We probably won’t have something called SHERIFF exactly. When making the trailer I wanted to hint at roles without giving anything away, but there was some miscommunication and the names in the trailer didn’t leave much to the imagination. There are plans, and I’m excited to see what people think whenever it comes out.”

Related – Among Us Roadmap reveal: Everything you need to know

What are your thoughts on the Sheriff role not coming in Among Us? Do let us know in the comments below!

Fortnite features exclusive in-game items in collaboration with Among Us

New State Mobile announces collaboration with Among Us

The Among Us memes have taken over r/Place 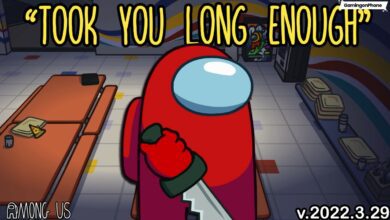