Popular sports game developers, EA Sports have announced a new Manager Mode is coming soon to FIFA Mobile 22. Recently announced on the games’ Twitter page, Manager Mode is a fresh way to play FIFA Mobile. Players take to the touchline and fight for victory whilst only being able to tweak tactics and strategies. Hopefully, this will be a breath of fresh air in FIFA Mobile and a different way in which football fans can enjoy the game’s graphics and gameplay.

Avid FIFA Mobile fans may know that this mode had already been “teased” a few months back. It seems EA had accidentally added the mode into the game, though they removed it shortly after. It was on the Division Rivals menu, hinting at it being a PVP mode. Whilst, it was unavailable to play, players were able to get a sneak peek into the developers’ plans well in advance.

In the game’s announcement tweet, there is a short trailer video for the new Manager Mode in FIFA Mobile. Players can tweak tactics live from the touchline, with the ability to edit mentality, positioning, passing range, and build-up speed – to name just a few. With different game plans and strategies possible, this new mode has the potential to be a real game-changer.

In addition, there seems to be an interesting new camera angle emulating that of modern-day live football matches. This could greatly improve the immersion of gameplay, something which the developers have been working towards for a while now.

It is still unknown when this new mode will be playable in the Global version of FIFA Mobile. We will receive more information next week on EA’s Twitch too, as they have stated in their announcement. Since the developers have taken to social media to advertise this new mode, it is likely the release is not far off at all.

On a side note, it seems this mode has been long-coming. FIFA Mobile has its own region-specific counterparts, and these are known to receive new features earlier than the Global edition. As such, this upcoming Manager Mode has been seen in the Chinese version of FIFA Mobile already. This backs the idea of how the new content in these region-exclusive versions will eventually make its way into the main Global edition. For example, the new Authentic Challenge mode in FIFA Mobile Korea, allows players to play matches with real-life clubs and their players. 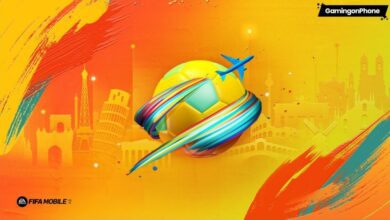