In a recent development, the ads of two popular games from the Russia-based international developer Playrix have been banned by Advertising Standards Authority (ASA). These games are Homescapes and Gardenscapes. This has come as a shock for Playrix, which recently became world’s second-biggest gaming company by mobile revenue, reported by AppAnnie. Homescapes and Gardenscapes ads banned by ASA after they received formal complaints from seven users. ASA said that the ads showed the gameplay where players pull pins in a specific order to solve a puzzle but the actual games had totally different gameplay.

The ASA also mentioned that the ads should not be used again. Gardenscapes combines simulation elements and traditional match-three mechanics while Homescapes is a Gardenscapes spin-off. And shares the same gameplay concept, combining traditional match-3 mechanics with a storyline. As the popularity of puzzle games is on the rise, there has been an increase in the number of mobile games that have used different ad videos to show mechanics they don’t use.

What was the issue all about?

Two Facebook ads for Homescapes and Gardenscapes, from March and April this year, were referred to the ASA for being misleading. Seven complainants, who believed the ads’ content was not representative of the Homescapes or Gardenscapes games, challenged whether the ads were misleading.

In response, Playrix said that the content seen in the ads were included in their games and that the content represented part of the gameplay itself. In its decision, ASA decided to be with the complainants and finally banned the two ads.

What are your views on Homescapes and Gardenscapes ads banned by ASA? Let us know in the comments section below.

Shaquib holds a Master of Business Administration degree from Xavier University Bhubaneswar. Prior to this, he completed Bachelors in Technology in Electrical domain from Integral University. He is a writing enthusiast specifically in Mobile gaming and follows Gaming news religiously

Playing on Mobile or Desktop: What is better and has a more rewarding experience

5 most played game genres on mobile 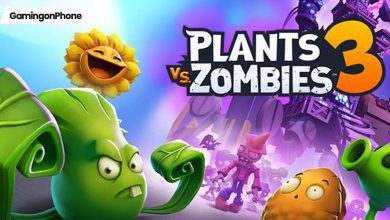