The beloved strategy RPG franchise it’s back from its long hiatus in the form of a smartphone game! Say hi to Might and Magic Heroes: Era of Chaos. Developed by PlayCrab, Ubisoft is bringing this Might and Magic Heroes to smartphones. Ever since its last game in 2015, fans have been awaiting a follow-up, and that might just have arrived.

A few hours earlier, Ubisoft’s official Twitter account just announced Might and Magic Heroes: Era of Chaos for smartphones. The fans are already excited about it, as they’ll be able to recruit legendary heroes and assemble their armies, now on the go!

When Might and Magic Heroes Era of Chaos will be released globally?

Sadly, we’ve not been told anything about release dates, but you can pre-register as of right now. Those who pre-register will get the exclusive Pirate Catherine skin plus a legendary pack, which will grant you 3 Gold Keys, 300 Dragonsteel, 300 Shadowsteel and 77.777 Gold, so make sure you don’t miss out! You can find more information about the game and how to register in Ubisoft’s official page.

The game, developed by Playcrab, promises to offer a massive story campaign contained within a massive world, lots of iconic heroes from the classic Heroes of Might and Magic factions, guild adventures as well as guild wars and, last but not least, fast-paced PVP duels! If anything, the new edition of the Might and Magic franchise seems to be filled with content.

We recommend taking a look at some early gameplay, such as this one:

That’s everything for the moment! Make sure to stay tuned to see when the game comes out! You can always check our upcoming games list here.

Wow this looks horrible. Nothing to do with the Heroes franchise. More overmonetized autoplay garbage with that gacha flavor that no one actually wants…

It doesn’t look very promising, no. We’ll see once the game’s out.

I guess it is too early to comment on anything. Lets see what the game is bringing! 🙂 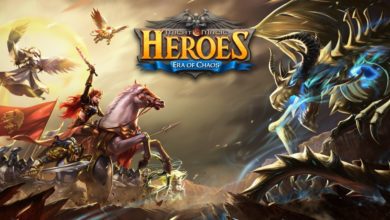