The Netmarble US studio will become a part of Kabam on March 1st, 2022, according to the latest revelation from the developer, with Simon Sim taking over as Kabam COO.

“I am very excited about this unification where we can bring together the expertise and resources of the two world-class mobile game sibling companies,” said Seungwon Lee, Kabam’s CEO, who took over the role last month after holding multiple positions at Netmarble since 2007, including co-CEO. “After the merger, Kabam will have the scale and enhanced capabilities to excel in game publishing and compete more effectively in today’s ever-changing market,” indicating the developer’s desire to expand and flourish.

This should trigger a lot of hype among fans. After all, Netmarble provides a plethora of games to choose from, like Marvel Future Fight, The Seven Deadly Sins: Grand Cross, and even BTS-inspired games like BTS World and BTS Universe, which join the fantastic roster of games like Marvel Contest of Champions and Transformers: Forged to Fight.

Netmarble US studio joins Kabam: How will the new company function

Simon Sim, the former president of Netmarble US, will be Kabam’s new COO. He has an exceptional track record and 25 years of expertise as an artificial intelligence research scientist, a software developer, and a business leader. He will lead operations of the US studio in Los Angeles and manage Kabam subsidiary, Kung Fu Factory while overseeing the Montreal and Acadia studios.

“I am excited to be joining the Kabam team and appreciate their passion for creating games to entertain the world. I look forward to getting to know all of the teams and working closely with them to help shape an exciting future for Kabam,” said Sim. Even though it will take some time to get all of the pieces in place, we anticipate Kabam to continue to provide us with excellent games in the future, and we eagerly await it.

Related – Netmarble to integrate blockchain in its games starting with A3: Still Alive 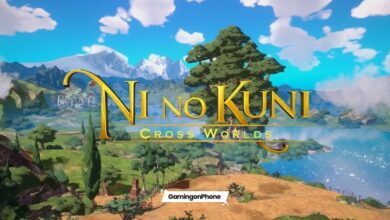 Ni no Kuni: Cross Worlds free codes and how to redeem them (September 2022)