PUBG Mobile is a Battle Royale game which is available across different mobile platforms. Currently, there are two Team Death match maps available for players to practice in PUBG mobile. After the success of the new TDM maps, it is in the news that another Team Death Match Map is under development. PUBG mobile new TDM map will be coming in the game soon. So, here is everything you need to know.

The team deathmatch features different gameplay from any other mode in PUBG Mobile, because team deathmatch mode is a fast-paced match in which players join the game in a team of four and fight with the opponent team members. The first team to score 40 kills wins the game. Thus, a team needs to kill opponents faster than the opposing team.

In the Team Death Match game mode, players get an option to choose their weapon loadout in the spawn area itself. This is not the case with the Battle Royale Mode. Thus, a player can choose his load out along with the attachments in Team Death Match mode. Currently, two TDM maps are available to play in PUBG mobile namely Warehouse and The Ruins.

Warehouse and The Ruins, both were successful in the game. The players loved and appreciated it. What’s Next?

After seeing the success of The Ruins which was recently launched in the game, Tencent game developers are developing a new TDM map in the game.

Recently, on Reddit the PUBG Mobile team posted an update stating that a new TDM map is under development and the team is open for ideas as on what the map should be like.

The message from the PUBG mobile team states it clearly that a new map is under development. They also laid out a rough picture of the new map.

The PUBG players are also suspecting the map’s outline to be like “Killhouse” from Call of Duty Mobile. What do you think? Do let us know in the comments section below.

Thus, we now know that a new TDM map will hit the game after the development is complete.

What are your views on the new map? Are you excited? Do let us know in the comments section below. 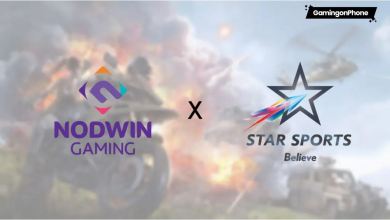