The Rise of Kingdoms universe is extending even further, according to Lilith Games, the creators of extremely popular games like AFK Arena and Warpath. Ancient Egypt has been added to the popular MMOSLG game as an intriguing new playable civilization. Egypt Must Rise update greatly enhances the sophisticated RTS gameplay of Rise of Kingdoms and is accessible on both Android and iOS. It has extensive cultural influences, new technologies, architecture, and a rich new storyline.

Explore the ways of ancient Egypt in the latest update

Ancient Egypt dominated for about 30 years before being conquered by Alexander the Great in 332 B.C. It was powerful, sophisticated, strategic, and undeniably elegant. Now, in Rise of Kingdoms, their civilization and all of its benefits appear, providing players with a whole new interesting culture to study and lead to affluence.

Ancient Egypt’s inclusion allows players to experience a whole new civilization to govern, grow, and flourish, thanks to its long history of success and luxury. Imhotep, an adept pyramid architect, high priest, and Thutmose III, The Warrior King, are among the new Commanders included in the update.

Players may command 13 extra historically realistic countries in Rise of Kingdoms, including Egypt, Rome, Britain, Spain, Germany, France, China, Japan, Korea, Arabia, Ottoman, Byzantium, and Viking cultures. Lead expeditions outside country lines, use their authority to help those in need and establish a reputation as a noble leader.

Wage historically accurate warfare between ancient civilizations and guide their citizens to a wealthy future with Rise of Kingdoms’ massively rich MMOSLG gameplay, which seamlessly blends MMO-style action on a world map that is limitlessly zoomable.

Are you excited about the Rise of Kingdoms Egypt Must Rise update? Let us know in the comments below! 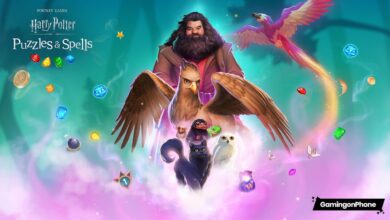