Game developer Nekki released details with a gameplay video for its upcoming team-based fighting game Shadow Fight Arena before it’s release. It looks like it will another action-packed game like its other titles. However, unlike SF3, the game will be entirely PvP focused.

Shadow Fight Arena is a 3v3 team-based action PvP game. You can choose three characters to form your squad and select a character before each battle. Unlike SF3 the PVP is taking place in real-time, so it’s not bots but real players you will be pit against! The game will be most likely focused on player skill, as there neither will be perks available, nor gear swapping like SF3.

From the gameplay videos, we can be sure that SFA will have similar controls like SF3. The directional gamepad will be on the left and the skills will be on the right.

Players can perform moves that can be triggered in-game with a combination of skills and directional movements. Below we have a moves list from SF3 which might be similar to SFA however we are not sure until the game is released.

Unlike previous Shadow Fight games, SFA will have different mechanics altogether. The game won’t have rounds and only after defeating all three characters of the opponent the player will win. If you look at the image below, each player has a custom squad of three characters. When a character dies for either player, the helmet will fade and a new character the player has will be brought into the arena. The winning character proceeds to play in the second round with the same amount of health left. But the player whose character lost the round will have an advantage of knowing who he’s going to fight against in the next round. This can help the player to choose a character to counterplay it’s opponents.

Nekki has confirmed from their Reddit Q&A session that at the beginning they will offer players a set of 13 characters for which players will have to go through 10 locations. They have confirmed that they will be adding other characters from Shadow Fight 2 & 3. They have also teased about adding bosses from SF2 to SFA in the foreseeable future. Each character will have its own story.

Each hero has it’s own passive, active, Shadow abilities and base stats of attack and defense. There are 10 levels for each hero. Leveling characters will give players access to new talents and base stats improvements changing their character’s fight style dramatically. Players can change talents absolutely for free to have more flexibility in their strategy.

When will Shadow Fight Arena Release?

According to the official statement, the game will be released on November 3, 2020. However, the devs have pushed forth the production of Spine another upcoming game of Nekki which we’ll also be seeing sometime in the next year.

Related – Rocket League is rumored to arrive for Mobile devices

So what are your thoughts about the Shadow Fight Arena and its complete PvP based gameplay? Do let us know in the comments below.

If you find this helpful then make sure to follow GamingonPhone on Facebook, Twitter, and Instagram for more gaming news. And if you are looking for a group of mobile gamers to hang out, jump into our WhatsApp group or Discord server today. 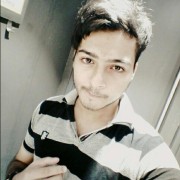 We have to wait for the further announcements. 🙂