Riot Games was planning to launch Teamfight Tactics on Android and iOS this month. TFT was in closed beta with a potential release date of Mid-March. The wait is over now as the TFT Mobile release is finally available for download on the google/apple stores.

The game is currently unavailable in SEA and China as those regions are expected to get a later release. The official statement is as follows:-

We want to ensure that SEA players receive an optimal gameplay experience. This includes dedicated server infrastructure, in-game localization, player support, and additional considerations that aren’t in place at the moment.

Consequently, certain users have complained compatibility issues with their devices so here are the official requirements for the game:-

Similar to other Auto Chess variants, the design is simple: you begin by choosing a champion, with a countdown clock ticking away as you decide where to put them on a hexagonal grid. Then combat begins, where the champion fights minions or another player’s squad (there are eight players per game). This can resolve with players winning extra gold or taking damage. Then the field resets, and gold is rewarded to you based on whether you’re on a winning or losing streak. There is an interest based on how much gold you’ve carried over from round to round. The rounds where you fight minions players are a chance to get items to beef up your squad.

Players start with a free-for-all draft phase, letting you choose a character and equipment of your choice. There are multiple draft phases throughout the game, providing a catch-up mechanic to players with lower scores by giving them first pick of a new batch of champions and items.

RNG can be frustrating

Such a round-robin mechanic is a twist to the genre, yet it still falls short of making up for RNG. Item randomness is awful in TFT’s opening three combat phases. Starting minions can end up weak while your opponent has a beefy champion with multiple attack items. This problem persists throughout the game when you’re fighting bosses which are capable of devastating even a late-game team on their own, only to be rewarded with poor gear to contest.

While this does not matter much in other Auto Chess games, since synergies outweigh stats, TFT focuses on stats. As a result, falling behind in Teamfight Tactics’ can put the player in the losing end of a snowballing game through no fault of their own. This is a result of items having devastating consequences.

While Teamfight needs work, it’s already a struggle worth enjoying. It is safe to say that the Auto-Chess genre has another serious contender.

Are you excited about the Teamfight Tactics Mobile release? Do let us know in the below. And, for more, Mobile Gaming news and updates, make sure to follow GamingonPhone on Facebook and Twitter. 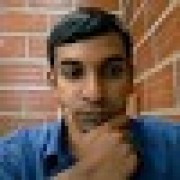 My name is Nikhil and I am a Marketing Executive by profession. Gaming is a hobby of mine and I play games of all sorts on PC and Mobile. My favorites are probably CCGs and other types strategic games although I do dabble in shooters as well.

Dadish 2: The Radish-based Platformer sequel is now available on Android and iOS devices