Axie Infinity is a game in which you breed, grow, and battle adorable creatures called Axies. NFTs are used to purchase axies and virtual real estate through an in-game marketplace (Lands). The vast majority of transactions take place on Ronin, a fast, customized sidechain created by developer Sky Mavis to have lower fees than the main Ethereum blockchain. In this Axie Infinity Class guide, we will dive in-depth into Axie Infinity’s class system. Understanding how your class affects your playstyle is a crucial step into being competitive in the game: learning how to deal with increased damage and calculating your stats will aid greatly in climbing the ladder in the Axie Infinity arena.

In Axie Infinity, there are a total of 9 classes to choose from. Three of them are special classes that do not have their own Body Parts (or Class Cards). As a result, it was not included in the Class Guide because this guide focuses on Class Body Parts.

As we had mentioned in our beginner’s guide earlier, the game has four stats: health, morale, skill, and speed. Each class has different priorities in stats that will help the players choose how each will affect their playstyle and moves to look for.

As seen above the Axie has 4 stats with certain values. The axie above is a Bird class that has pure bird body parts so it has the maximum possible speed stat of 61. The stats of an Axie are determined by two factors: it is class and its bodily parts. The base stats of an Aquatic Axie (body) are, for example, 39 HP, 39 Speed, 35 Skill, and 27 Morale. The following statistics will be added to each card depending on its type:

Like the game of Pokemon, Axie Infinity also has a class advantages system. It is a very interesting game of rock paper scissors that will help players decide on which moves to use on which enemies they are facing.

Axies also deal 10 percent damage if they are using moves that are related to their classes. They also receive a 10 percent increase in the shield gained from a certain move if they have the affinity for it. An Axie’s body is made up of six parts: eyes, ears, horns, mouth, back, and tail. Except for the eyes and ears, each bodily part determines the card (ability) that the Axie can utilize in combat. There is no card (ability) associated with the eyes and ears.

Additional to the 6 regular classes namely, Aquatic, Beast, Bird, Bug, Plant, and Reptile. There are  additional secret classes that can be obtained by cross-breeding different classes

Secret Classes benefit from class advantages and disadvantages, but they do not have their own Body Parts/Cards. Remember that if an Axie plays a card from its class, it earns a 15% shield/attack bonus. Secret courses, on the other hand, are weak in comparison to the other six classes because there are no secret class cards. To solve this, while playing cards from classes with whom they share advantages/disadvantages, the secret classes earn the following bonus:

With all the classes mentioned above some rise up in power depending on teammates, combos, and cards. Some classes just tip the scale of power balance in certain patches and seasons.

The current meta favors dusks as the best class in general. It is as tanky or even more so than its reptile counterparts and even much faster. The reason it is so overpowered is that the only axies faster than it would be aqua and birds that deal less damage to it. Its weakness which is the beast and bug is generally slower and much less tanky that even if dusk’s damage is reduced they can still basically one-shot them.

However, we need to take into account future balance changes that may occur in Axie infinity especially in the upcoming season if you are planning to invest in the game it would be wise to hold off until the balance changes are implemented. 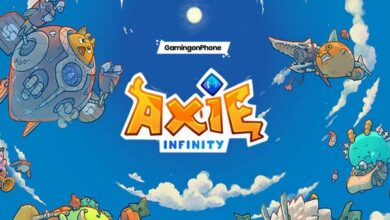 North Korean Hackers were behind the $625 Million Axie Infinity Heist, says the FBI 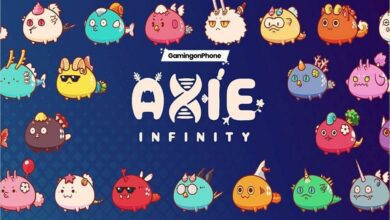 Axie Infinity: The Complete Stats Guide with explanation and tips