Brawl Stars is a great game, kind of like a MOBA, but without the lanes and long matches. The short matches are Brawl Stars’ biggest asset. There are 30 playable characters, or “Brawlers” in the game, at the moment. There are different rarities in Brawl Stars – Trophy Road (Common) Brawlers, Rare, Super Rare, Epic, Mythic and Legendary. All the Brawlers are a part of one or the other rarity, hence making it easy to distinguish them from each other. The meta in Brawl Stars keeps changing, but some Brawlers always stand out from the others. So, today we’re listing the best brawlers for each rarity in Brawl Stars.

Stu, the stunt driver is undoubtedly the best trophy road brawler. Since his launch, Stu has been among the top brawlers. Even after multiple nerfs, he still commands one of the top spots in the tier list.

Stu has high mobility, high burst damage with the ability to charge his super in one shot. His super not only grants him mobility, but leaves behind a trail of fire which deals damage over time to enemies that touch it. Stu is a versatile brawler who does well against a lot of brawlers ranging from throwers to tanks. His only weakness can be facing long-range brawlers on open maps. Although, even picking on the weaker targets there and charging his super will make him counter those brawlers.

Stu is a beast in Brawl Ball, Gem Grab and Hot Zone while being good in Siege and Showdown. He struggles on Bounty, but that does not make take away his crown.

Poco, the guitar strummer is a team player that has a wide attack, giving him area control. This makes him the best rare brawler in Brawl Stars. Poco is a support brawler that thrives against enemies with low HP and/or low DPS. His ability to heal teammates makes him an amazing pick in a lot of 3v3 game modes.

His strong suit is Gem Grab, Brawl Ball, Siege and Hot Zone. He pairs well in double tank and assassin compositions using Da Capo! Star power, while on maps with choke points or a lot of walls to take cover, Screeching Solo lets him stay on the field for longer while not letting the enemies rest.

Long-range, high damage, ability to bounce shots, Rico has it all. With the addition of his second gadget “ Bouncy Castle”, Rico has strengthened his claim to fame as the strongest super rare brawler. A strong pick on Brawl Ball, Gem Grab, Heist and Hot Zone, Rico is a versatile brawler.

Pam is not the only strongest brawler in the game. In fact, some might even go as far as to say, Pam is not the strongest epic brawler. But what makes her the best is her ability to heal, deal consistent damage at a range. This comes with the ability to be viable in all game modes on most of the maps. Pam has been in the game since the early beta days and she has always been a force to be reckoned with. An easy to use brawler, she can do chip damage to keep enemies pushed back. While in close-ranged combat, she has the capability to do burst damage.

A long-ranged brawler with overtime damage, a super that can be lobbed over walls and the ability to heal his teammates, Byron has got it all. His unique kit makes him a brawler that can thrive on all game modes. Mortis comes in at a close second after gaining his newfound abilities of the coiled snake as default. But Byron’s ease of use and team support abilities, create a slight edge over the dashing assassin.

The legendary sidekick has been at the top of the tier list ever, since her release and deservedly so. Meg is an annoying brawler to face due to her Mecha form and her star power force field. Meg can play multiple roles like holding lanes, keeping control of the mid, making her a versatile brawler.

Her shots are easy to land which means that more often than not she will be in her Mech suit. While in the mech, she dishes out insane amounts of damage and keeps enemies at bay. Being in close proximity with her means being at the risk of taking a hit from her wide piercing swing super, which has the ability to take down brawlers up to crow’s health in one shot.

Lola, the chromatic brawler released in Season 9 is one of the most, if not the hardest hitting brawler. With her unique super, she deploys a clone doubling up her damage potential and also giving her the ability to pinch enemies without needing help from her teammates. While Lola is borderline broken and if fans of the game saw the World Finals, they would have seen her dominate her way. Lola though has seen only half a season in the game. Whether she can hold her position in the meta in the future is a thing that only time will tell. But as of writing this article, she sits clearly above all other chromatic brawlers in the tier list.

What are your thoughts on the best brawlers in Brawl Stars based on rarity? Let us know in the comments below.

piper is a little hard to use

tick and piper is not so good in showdowns because of there hp. edgar for an example can jump/amush on them in close range.

yeah that is true

Hello everyone. I am a bit confused about the best epic. I don’t think so Pam is the best epic because Edgar is too strong.

I think crow or spike is the best legendary brawler

I think Leon is the best legendary brawler

bruh i got crow from a
brawl box XD 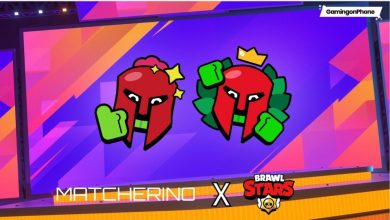 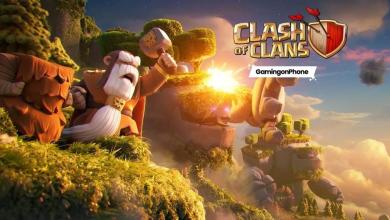 Clash of Clans: Supercell shares its future update plans for 2022 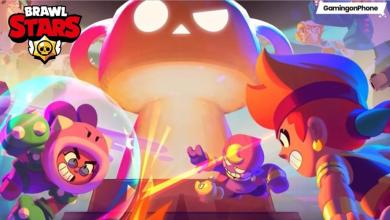 Brawl Stars Championship 2022 Region Update: Changes in the World Finals spots with the removal of the EECA region 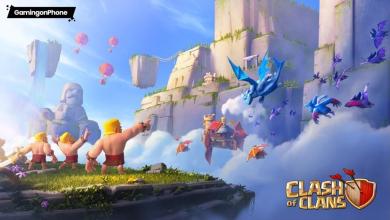