Elona Mobile, a rogue-like adventure RPG developed by Japanese developer Noa. Different things apply compared to the PC version. This gives more variety to the things to do. In the mobile version, Faith and Favor have vastly different rules and benefits. This Elona Mobile guide will go in-depth about the Faith and Favor stats and help you increase them by giving some tips and tricks.

Why take up a religion

In the beginning, one will always start faithless. They will have to decide on religion by choosing one of nine available gods. To serve them, one must always Occupy one of many altars. It is found at crowded locations or as a heavy drop in Nefia. Serving one of the seven available gods will have the benefit from many perks like free red-quality gear and buffs to your stats. When ready, one has to head over to the Truce Grounds to Occupy an altar and change his Faith.

Faith is a Will skill that increases the max Favor limit for further appeasement of the player’s worshipped god. Once acquiring a religion, one’ll be eligible to upgrade this skill through Preaching, Sleeping, reading Scrolls of Faith, and Faith Textbooks. Attempting to Pray or use a Scroll of Faith before deciding on religion will make the message ‘You pray, but there is no meaning in it since you don’t believe in the god’ appear and do nothing to change the Faith’s Proficiency or EXP gain.

Favor is what increases the chance of getting the grace of the worshipped god when offering at their altar. It is gained through offering the god’s favored items or Corpses as described at their altar. The more Favor one earns, the more qualified one becomes for their 3 favor milestone gifts and bonuses from Praying (physical skill). The max Favor one can have at a time for each god. It depends on Faith’s skill level. It can be boosted by investing Feat points in it.

The milestone rewards for Favor depend on the god you serve. The lowest tier is at 1500 Favor and always gives a very potent ally. The middle tier at 2500 Favor gives a god’s treasure (Mystery Gem). This applies buffs to you and the last tier presents an exclusive red quality weapon. To obtain all the 3 rewards, the Faith must be at level 40. Each milestone reward can be individually claimed once you have obtained enough Favor through Praying at their altar. Praying is a 1 turn action, so the items will drop at your feet almost immediately ready for pickup. Leaving the location without picking them up will lead to them being lost. It will only be recoverable through capturing Little Sister and trading them at Cyber Dome by talking to one of the scientists.

In this section, we’ll discuss how to increase Faith and Favor stats in Elona Mobile.

How to increase Faith fast

As said before, Faith can be increased in many ways. But, there are a few more benefits than others. We will now give some tips on how to increase this skill faster. So, one’ll have more max Favor to unlock those milestones.

1. Use scrolls of Faith

The top choice would be reading a ton of Scroll of Faith, as they give the most Faith EXP. These are obtained through:

Sleeping is the second-best option as this has a chance to trigger a dream witness a divine manifestation in your sleep, bathing in your God’s glory) that passes through massive Faith EXP. The only issue is the chance of this happening and the fact that one has to either explore for a long time or close the game for a while to get the Sleepy status. For the best results, one needs to find a high-quality bed, like the King’s bed in Palmia and choose an ally to sleep with.

Preach using a God’s Mark, which is obtained upon occupation of an altar. It is used for missionary work, which is one of the slowest available ways to increase the Faith skill. If the preaching fails, one’ll get a thing or two thrown at the player (not lethal), similar to Performing. Even if this happens often, won’t be better off taking your chances preaching to a crowd than a singular NPC.

One must also try to see if they’re a few levels lower than the skill to avoid the “His level is too high, I can’t preach to him”, “Enhance the Faith more” or related messages. If the preaching is of any effect, he’ll see that they’ve gained EXP gained above the spectating NPC that “changed their faith”.

As for a few bonus tips, try taking Performance-related quests at the town’s Notice Board or talk to the job offering NPC to preach in a guaranteed larger crowd. Although doing this will surely fail the job and give the player a Fame decrease, he’d have gained more experience than if he had individually preached to any of the location residents. If a player has joined a Guild, he can also go inside its base to preach to the large crowd of NPC’s there, which works on Non-Party NPC’s and roaming adventurers too.

Faith Textbooks drastically increase faith EXP when being read. But, they are rarely sold or found. Once read, they can’t be reread for a while, unless during bad weather (Heavy rain/Etherwind) of some sort. When the weather is bad, one must find a safe location like an easy Nefia, home, or Shelter for time to pass by faster.

How to get Favor fast

The fastest way to obtain Favor would be to offer the god a player serves, his most liked item. Monster corpses are also a good offering. Although, it is a lot harder to find and keep a high-weighing corpse fresh. The benefit of giving any god their favored items is that they are usually easier to find. They all give 25 Favor each. Although there is no regard for their weight or quality. With corpses, the Favor received depends on the weight and freshness. There is no extra value if the corpse is Blessed or Cursed. This is because a rotten corpse will always give only 1 Favor.

As for bonus tips, it’s recommended to up the Anatomy skill too by constantly killing monsters in Nefia. One can only also burn down altars with a Molotov Cocktail, leave, and reoccupy it. This is regardless if it is one of the gods you serve with that item the god favors to get x5 the normal amount.

Below we have listed all 7 Gods by their name, their Favor milestone gifts, favorite items, and tips on how to get them fast.

As of now, the god one chooses to worship depends on the playstyle and preference. All gods supply different gifts and urge the player to be loyal to them. In case a player gets bored of serving another, he has to option to Convert his Faith. Before conversion to a new god, one must be aware that they do not like turncoats for servants. This will debuff the player with their 10000 turns lasting Punishment (-20% SPD and DEF) afterward.

In terms of difficulty, the easiest god to serve would be Ekekathl of Luck. This is because fishing is easy to learn the skill. It can be done almost anywhere with a quality rod equipped, which can be bought from Fisherman Vendors. The others are equally hard but are worth building a strong team. In the end, one’d want to have as many perks as possible leading to risk it all scenario. This is where one can constantly Occupy altars until he collects that god’s ally, treasure, or red quality weapon. One must be careful when tampering with forces beyond his control, and have fun on the bizarre adventure in Elona Mobile!

Related – Elona Mobile Nefia guide and how to clear them

What are your thoughts on our Elona Mobile guide to improve Faith and Favor stats? Let us know in the comments section below! 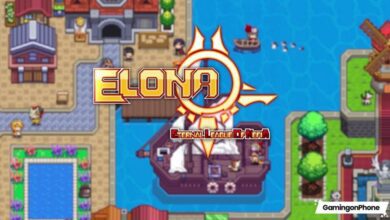 Elona Mobile: Best skills to learn and train as a beginner 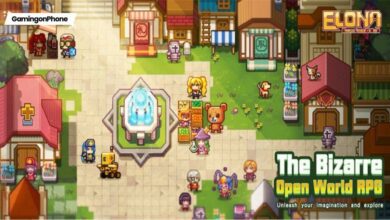 Elona Mobile: The complete guide to Status combinations and Potions