Hyper Front is a PvP tactical shooter game. It combines both weapons and abilities to win the games. Although abilities are instrumental in this game, like every tactical shooter, the gun you are using will decide your fate. This article gives a Tier List of all the weapons available in Hyper Front currently

Hyper Front is still a new release. We still cannot determine the meta of the game. But from the statistics, a ranking can be made for the weapons. Please remember that the tier list is entirely subjective. Every player has a unique play style. The criteria that we will be following for the ranking is explained below:

AK is the most picked gun in Hyper Front. It is one of the most viable options in every kind of situation. AK has high body damage and can 1-tap headshot in any range. The only downside of this weapon is the complex recoil pattern.

Phantom is also a viable weapon in every situation. It is mostly suited for players who love to spray down their enemies. Although this gun has great damage in mid to close range, the damage is a bit less in long range.

Barret is the go-to sniper for any player who loves sniping. With 1-shot kill damage in all ranges, this is the best sniper available in the game.

SCAR is a backup weapon in the game. This gun comes with a mix of AK and Phantom with high damage in close and long range. But it also has bullet drop damage like the Phantom. However, the recoil of SCAR is easy to control, unlike AK and Phantom.

Vector is the best available SMG in the game. This is the best choice in those rounds where your team is going for half-buys. You can easily take down AKs or Phantoms in close-range combat if you have good aim.

The Heavy Pistol is a high-risk and high-reward pistol. Its one-tap ability can give it an edge over other pistols. The downside of this pistol is its less magazine capacity and low fire rate.

MK14 is a good pick if you want to save credits. Its high damage can take down enemies quite easily at any range. It also has a high wall penetration ability. However, its single bullet mode might make you think twice before picking it if you are having a bad day with your aim.

M249 is the best LMG available in the game. With high magazine capacity, firing rate, and less recoil, it is one of the best guns to use in your defending rounds. However, the damage of this gun is very inconsistent in long-range battles.

This is a budget sniper in the game. It takes two body shots to finish enemies, while a headshot can instantly kill the enemies. With higher mobility and ad speed, this sniper can come in handy for players with crisp sniper aims.

The fully automatic shotgun is excellent for rushing sites and holding aggressive close angles. Its low spread and high fire rate rank higher despite having less damage than M870.

USP can be an excellent pick for players who try to take long-range battles in pistol rounds. USP is the perfect replacement for heavy pistols. It can also deal great damage in long-range combats with decent short and mid-range.

QBZ is a good pick if you are low on credits. This weapon is more viable at close range despite being a rifle.

This is the backup SMG of the game. High fire rate and damage can give you an advantage in close combat. However, the cost of this weapon is higher than other SMGs, making it a wrong choice if you are low on credits.

The backup sniper of the game pretty much works like the R93. Like other backup weapons, SVD costs are also higher than other snipers.

Knight is an LMG but also can act like an SMG with its fast fire rate. This gun is more suitable for players who like to hold angles. The weapon’s downside is its long and medium-range damage.

FAL is the cheapest and slowest rifle in the game. This game is very situational and does not suit a lot of players. The gun’s recoil is very hard to control, although it has good damage.

This is the shotgun with the highest damage. But this is not usable in mid or long range at all. You can use this gun only to camp at places and to catch the enemy off-guard at close range.

This is the only automatic pistol in the game. With a good amount of damage in the close and mid-range, it is a viable option to use and win the pistol round.

The light machine gun with a magazine capacity of 50 can be the perfect replacement for Knight. It automatically recovers the bullet through a particular wheel structure when it is not fired.

UMP is one of the most challenging guns to master in this game. With a high burst fire rate, control of this gun is complex for most of the players. This gun also has significantly less damage in mid or long range.

The shotgun pistol is not viable in the game due to its low damage and magazine capacity.

M92 is the default gun of this game. This pistol has very little damage and range. But if it falls in the right hands, it still can be a good weapon.

UZI is another backup SMG weapon of the game. The UZI is very similar to UMP’s damage and low magazine capacity.

Read our other articles on Hyper Front here

What do you think about this Hyper Front Weapon Tier List? Let us know your opinions in the comments below! 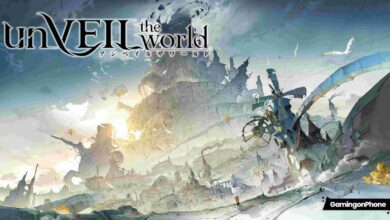